Learning How To Think 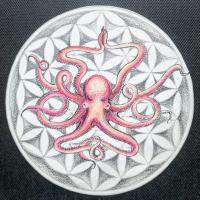 Let’s start with how you don’t learn to think. A study by a team of researchers at Stanford came out a couple of months ago. The investigators wanted to figure out how today’s college students were able to multitask so much more effectively than adults. How do they manage to do it, the researchers asked? The answer, they discovered—and this is by no means what they expected—is that they don’t. The enhanced cognitive abilities the investigators expected to find, the mental faculties that enable people to multitask effectively, were simply not there. In other words, people do not multitask effectively. And here’s the really surprising finding: the more people multitask, the worse they are, not just at other mental abilities, but at multitasking itself.

One thing that made the study different from others is that the researchers didn’t test people’s cognitive functions while they were multitasking. They separated the subject group into high multitaskers and low multitaskers and used a different set of tests to measure the kinds of cognitive abilities involved in multitasking. They found that in every case the high multitaskers scored worse. They were worse at distinguishing between relevant and irrelevant information and ignoring the latter. In other words, they were more distractible. They were worse at what you might call “mental filing”: keeping information in the right conceptual boxes and being able to retrieve it quickly. In other words, their minds were more disorganized. And they were even worse at the very thing that defines multitasking itself: switching between tasks.

Multitasking, in short, is not only not thinking, it impairs your ability to think. Thinking means concentrating on one thing long enough to develop an idea about it. Not learning other people’s ideas, or memorizing a body of information, however much those may sometimes be useful. Developing your own ideas. In short, thinking for yourself. You simply cannot do that in bursts of 20 seconds at a time, constantly interrupted by Facebook messages or Twitter tweets, or fiddling with your iPod, or watching something on YouTube.

I find for myself that my first thought is never my best thought. My first thought is always someone else’s; it’s always what I’ve already heard about the subject, always the conventional wisdom. It’s only by concentrating, sticking to the question, being patient, letting all the parts of my mind come into play, that I arrive at an original idea. By giving my brain a chance to make associations, draw connections, take me by surprise. And often even that idea doesn’t turn out to be very good. I need time to think about it, too, to make mistakes and recognize them, to make false starts and correct them, to outlast my impulses, to defeat my desire to declare the job done and move on to the next thing.

I used to have students who bragged to me about how fast they wrote their papers. I would tell them that the great German novelist Thomas Mann said that a writer is someone for whom writing is more difficult than it is for other people. The best writers write much more slowly than everyone else, and the better they are, the slower they write. James Joyce wrote Ulysses, the greatest novel of the 20th century, at the rate of about a hundred words a day (...) for seven years. T. S. Eliot, one of the greatest poets our country has ever produced, wrote about 150 pages of poetry over the course of his entire 25-year career. That’s half a page a month. So it is with any other form of thought. You do your best thinking by slowing down and concentrating.

Excerpted from the article Solitude and Leadership.

SEED QUESTIONS FOR REFLECTION: How do you relate to the finding that multitasking impairs our ability to think? Can you share a personal story of a time you went slower and concentrated more on your work? What helps you overcome the temptation to multitask?

I appreciate this article for the well-researched content and excellent wording. I got so interested in this material that I couldn’t stop reading. Your blog is really impressive.plamangels

If the mind were to be likened to a stream of flowing water, multitasking is like using a spoon to fill up a bucket! It is inefficient and energy depleting. My practice in taijiquanteaches me everyday how important (not to mention tough) it is to move the body slowly. When I say “tough” I mean that we are so used to moving fast that slowing down is an effort but once the body is trained in slow movements, you experience an efficiency in use of muscles. Needless to say, the body becomes stronger. This is my experience with slowing down.

Passion for Quality over Quantity, ensures avoiding temptation to multitask. In fact it helps to deliver tasks in multiple domains and integrating them to enhance their effectivity.

Very enlightening. This corroborates the findings premised in A DeadlyWandering, by Matt Richtel. The research around texting and drivingshowed that no one can attend to both at the same time, hence the dangers of cell phone use while driving. Ithas nothing to do with intelligence per se. Along this vein, Fifty minute segments of my school teaching days were painful. Fourth graderswould groan when pulled away from math or writing in which they were deeply engrossed. I let them go for two hours with the promise we would devote the next two hours to the other subject, whichthey heartily agreed to.School should encourage concentration instead of breaking it all day long. Attending to one thing well, one at a time, is most satisfying for the nervous system.

As Curly in the film City Slickers said, "One thing." ☝🏼

It is said & it is a fact that women are multitasked at one time.They have to take care of children ,cook the meal,answer the phone call & so on.They have the capacity to move from one task to the other frequentlyTthus,they have the strength to deal with many things.Vinoba Bhave used to wonder about this capacity of women.Yet, they can concentrate on one subject & score the highest in the examinations.It also depends how do you develop your abilities.

Multitasking Is an Oxymoron/Misnomer/Illusion and a Myth. Lord Buddha, 2700 years ago, said that "Mind/Brain Can Only Focus At One Thought/Thing/Place At One Time" meaning Only One Thing, Attentively/Optimistically/Efficiently, Can Be Done Right At One Moment and that is why, He taught what is modern day's Buzzword, MINDFULNESS. This is an empirical/scientific fact proven by numerous experiments. Multitasking Is Exactly Opposite Of Mindfulness.

I don't know if I believe we aren't meant to multi-task. For example, mothers do it all the time. Even in "primitive" tribes, you see a woman with her baby wrapped onto her body, and the baby is either breastfeeding or sleeping while she cooks over a fire and cares for her other children or child. It is great to have the luxury to sit without anything to disruptone's thoughts but even in taking a walk in nature you can walk with only your thoughts but hopefully your also keenly aware of the forest sounds and possible danger, and the awareness of where you are, so you aren't blindly walking where you don't become aware of landmarks to remember so you can safely return. This too is multitasking.

Hi, could you share a link to the Stanford study please ? Thank you

We don't really multitask. We aren't built to do two or more tasks at once. We're built to do one task well at a time or we can do multiple tasks not well at one time. What we call multitasking is serial multiple unitasking, rapidly moving back and forth from one task to another, not giving either or any of the tasks full time or attention. Writing satisfactorily requires my undivided attention. I often write slowly, thoughtfully, deliberately, wanting to clearly write what I really see and mean. Sometimes I get annoyed with my slowness, and Deresiewicz's essay about slowing down and concentrating is reassuring. When I overcome the temptation to multitask, what helps me is knowing that I don't multitask and knowing that my efforts to do so are inefficient.

When I am reading, writing, listening, communicating, eating, walking, driving and meditating I make it sure that I am fully attentive and focused on what I am doing. This is mindfulness practice. When my mind goes astray by an external stimulusor internal stimulus, I become aware of it and do not get trapped by it. Practicing mindfulness helps me to be free from my temptation to to be engaged in more than one task. It frees me from multitasking. When we eat we pray together. Praying together creates sacred and peaceful environment. We put our smart phones and laptops beyond our sight. When we study or communicate we follow the same helpful rule.
Namaste!
Jagdish P Dave'