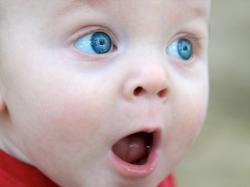 The surest way to suppress our ability to understand the meaning of God and the importance of worship is to take things for granted. Indifference to the sublime wonder of living is the root of sin. Wonder or radical amazement is the chief characteristic of the religious man's attitude toward history and nature. One attitude is alien to his spirit: taking things for granted, regarding events as a natural course of things. To find an approximate cause of a phenomenon is no answer to his ultimate wonder. He knows that there are laws that regulate the course of natural processes; he is aware of the regularity and pattern of things. However, such knowledge fails to mitigate his sense of perpetual surprise at the fact that there are facts at all. [...]

As civilization advances, the sense of wonder declines. Such decline is an alarming symptom of our state of mind. Mankind will not perish for want of information; but only for want of appreciation. The beginning of our happiness lies in the understanding that life without wonder is not worth living. What we lack is not a will to believe but a will to wonder.

Awareness of the divine begins with wonder. It is the result of what man does with his higher incomprehension. The greatest hindrance to such awareness is our adjustment to conventional notions, to mental cliches. Wonder or radical amazement, the state of maladjustment to words and notions, is therefore a prerequisite for an authentic awareness of that which is.

Radical amazement has a wider scope than any other act of man. While any act of perception or cognition has as its object a selected segment of reality, radical amazement refers to all of reality; not only to what we see, but also to the very act of seeing as well as to our own selves, to the selves that see and are amazed at their ability to see.

The grandeur or mystery of being is not a particular puzzle to the mind, as, for example, the cause of volcanic eruptions. We do not have to go to the end of reasoning to encounter it. Grandeur or mystery is something with which we are confronted everywhere and at all times.

Even the very act of thinking baffles our thinking, just as every intelligible fact is, by virtue of its being a fact, drunk with baffling aloofness. Does not mystery reign within reasoning, within perception, within explanation? What formula could explain and solve the enigma of the very fact of thinking?

Rabbi Abraham Joshua Heschel was a Polish-born American rabbi and one of the leading Jewish theologians and Jewish philosophers of the 20th century. Heschel, a professor of Jewish mysticism at the Jewish Theological Seminary of America, authored a number of widely read books on Jewish philosophy and was active in the American Civil Rights movement.

Every week, we send out a digest with a reading and inspiring stories to our global community of 93,192 people. Subscribe below.