Sanctuary of the Heart:
Songs and Prayers for Ukraine

We invite you to join a global multi-faith sacred space for our brothers and sisters in Ukraine and Eastern Europe, who suddenly find themselves in the  midst of devastating violence. Share Reflection

Few years ago, a traditional Polynesian voyaging canoe, Hokule'a, completed the first-ever round-the-world trip. Its crew navigated without any modern instruments or technology, using only the stars, wind and ocean swells as guides. On cloudy days with no visibility, the Wayfinder of the boat would convene the crew for prayer. That crew included not just the dozen people on the boat, but "ground crew" who were thousands of miles away and yet very much right there.

To join the ground crew here, simply RSVP here and you'll be emailed the details. Our 2-hour interfaith video call will be anchored in prayers, songs, stories, and poems that evoke the sacred -- with friends from Poland and Romania sharing their first-hand experiences; speakers reflecting on resilience; and ample everyday (he)artists offering creative expressions of interfaith prayer, from bowing to silence to whirling to  drawing mandalas.  After the event, we hope to build on the ripples by encouraging distributed circles around different practices that emerge on the call. 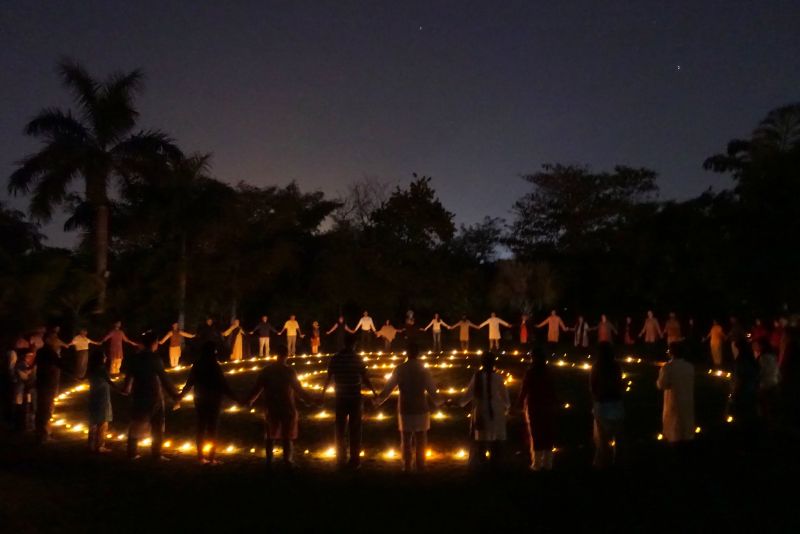 Background: Last week, as a part of our transformative Mystical Music Pod, we held an informal concert with Carrie Newcomer. It also happened to be the day that the war in Ukraine started, and Charles Gibbs poignantly opened with Martin Luther King Jr's words: "Whatever affects one directly, affects all indirectly. We are caught in an inescapable network of mutuality, tied in a single garment of destiny." The evening profoundly strengthened our resiliency, and has inspired us to host this gathering of songs, poems and prayers.

Among the many luminous spirits on our call, we feel blessed to include:

Thank you, all, for helping co-create this sacred intention. This call is collectively hosted by various teams of ServiceSpace, like Awakin Talks and Pod Crew, and friends in the community. Simply witnessing more than 50 speakers, singers and volunteers frictionlessly convene over the last two days mirrors what is possible when love is at the center.

May Peace Prevail on Earth.

To join, please RSVP, and you'll be emailed more details (and will also be shown the live-stream link on the screen).