Nothing Left to Fight Against 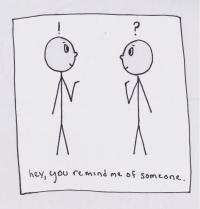 During the Vietnam War, I was a political activist.  I fought for peace.  There was some contradiction.  There wasn’t any peace in me.  I hated the people who disagreed with me.  That was a kind of war within myself.  In 1968, I was just beginning to look at the way in which I was vigorously clinging to my opinions about things and denigrating others who had different opinions, when there was a strike at San Francisco State University.
The police came with their masks and clubs, started poking people.  And without thinking, I ducked under the hands of people to get between the police and students.  I met this riot squad policemen face-to-face with his mask on and everything. He was close enough to touch.  I met this policeman’s eyes straight on, and I had this overwhelming experience of identification, of shared identity. "This was the most transformative moment of my life -- having this experience of shared identity with the riot squad policeman.  It was a gift.  Nothing had prepared me for it.  I didn’t have any conceptual basis for understanding it.  The total experience was real and incontrovertible.
My life as a political activist ended with that encounter, because there was no longer anything to fight against.  The way I described it to my friends was the policeman was trying to protect what he thought was right and good from all of the other people who were trying to destroy it -- and I was doing the same thing.  "Since I had no basis for understanding the experience of shared identity with someone whom I had considered complete "other" (i.e., the riot squad policeman), and because the experience had been so real and so powerful, I began to search for someone who would understand it.  How could a riot squad policemen and I be identical?  In my search I met Suzuki Roshi.  The way he looked at me, I knew he understood.  That’s how I got here [as an ordained monastic.]
--Zenkei Blanche Hartman, former abbess of the San Francisco Zen Center

SEED QUESTIONS FOR REFLECTION: Have you had an experience where you found yourself with nothing left to fight against? What does an experience of shared identity mean to you? How do you relate to the notion of resolving the war outside by sharing identity with the ones we are fighting?

Out of sheer curiosity I reached that spot and asked them what they were doing as I felt it revolting, here is what they   had to say " this is our meal, the ants have gathered crumbs that are very nutritious and good for body." I was taken aback. What on earth were they speaking of ? The head man explain " you people from the city are used to the habit of filling the stomach to satiate hunger.By making hunger less doesn't mean the body is getting the nutrition it wants......it may just fill the stomach. The City folks are used to sedentary life style.We at the village have hard labour to deal with every moment. For us we need nutrition to sustain ourselves to have enough energy to discharge the work. We don't fill our stomach but we give what the body needs to be healthy and strong......our lean bodies doesn't mean there is malnutrition or starving and you being plump doesn't mean you are healthy . We have just adapted ourselves to our living conditions".

Nothing had prepared me on this stark reality of shared identity.he was working to ensure his people were protected and fed while I was trying to do the same and each of us saw each of need to CHANGE. They wanted us from the urban life to see their wisdom in their concept of nutrition and ridiculed our approach and we looked at theirs and did the same.

What emerged for me that day was transformational.I gave up my activism approach forever.I realized that I had so much to learn as yet and my paradigm had shifted. There is abundance for every one on this planet and each of us have adapted to the environment we are in.In the mode of GOODNESS we see only GOODNESS and spread GOODNESS. that way all the negativity diminishes. Elimination of negativity completely is a foolish past time..The more I wage a war on poverty the more i see poverty and the more I spread poverty.The more I see hunger the more I spread hunger. So i just had no more to fight for and wage war or be angry about .I saw that all around me are in the same mode Fighting for something or the other when I made peace with myself suddenly I saw that every one around are also trying to make peace with themselves in shred identity.[Hide Full Comment]

When I had a similar experience with a close relative I realized that the things that he believed in, and acted upon, came from the same fear of not being seen, not belonging, that I had also grown up struggling with. I never needed to agree (or disagree) with him after that, because the fire of my anger changed from being directed at him to being a fuel for changing the way I struggle with that same fear so that I can make something of it. I struggle with applying this to the day to day challenges of being in the non profit world, the ways that my fear still drives some of what I do, and I so appreciate this article and the space to reflect on how I have grown, am growing and still need to grow in the way I do the work I do. It is about our internal work, because doing this work helps us live a life full of peace rather than a life of fighting for peace.

Interestingly I was really wanting guidance on this subject! And I feel comfort in knowing I am not the only one having difficulty facing people who you disagree with. Especially this contradiction here between fighting against war, but kind of going to war with others or having war inside oneself is striking. If a person is a symbol of violence, how to encounter that person with compassion? If a person has a very narrow view, how can I expand it?
I know it takes patience, so it's a very good reminder! I wish I could be more Zen when facing "the other". It's right, in the end we cannot expect to all agree...even if I think that agreeing (of the other with me) would be better for everyone :-). (How would it be if everyone is against killing, and by that i mean not accepting any justifications, for exampele?) So yeah, good to read this! I will keep trying!

@Mira, wonderful reflection! Thanks for sharing :-)

"Audio clip from this week's circle of sharing ..."

Truly inspiring passage. Seek to understand first, then to be understood. Know all mental positions including "objective values" are ego's need to preserve itself by amplifying the differences between us. The event of shared identity the author experienced points to a rare but life changing moment of awakening that creates the Space for everyone to fulfill their life's purpose - evolve.

Mira, what a great sharing!

I agree . . . in principle. What, then, is an appropriate response to human rights violations and injustice? Isn't there an inherent judgment, a proclamation of "otherness," in labeling certain behaviors unjust or inhumane? Is there a way to fight for love, peace and justice without fighting against anyone or anything?

I receive spiritual quotes in my inbox every morning from ABRAHAM (Jerry and Ester Hicks) and this one in particular was so apropos for your input today on diversity and acceptance.  I thank you for this wonderful newsletter and for keeping my thoughts and actions on track.  This helps keep my life and the lives I touch around me in a more accepting and non-judgmental way.  In turn, my life is more peaceful as I learn how to live in a more spiritual and loving way. Sounds corny, but it feels so simple and perfect.  "There is a big mix out there, and there's lots of different things going on, and there is not one way that was intended to be the right way. Just like there's not one color or one flower or one vegetable or one fingerprint. There is not one that is to be the right one over all others. The variety is what fosters the creativity. And so you say, "Okay, I accept that there's lots of variety, but I don't like to eat cucumbers.&... [View Full Comment]

I receive spiritual quotes in my inbox every morning from ABRAHAM (Jerry and Ester Hicks) and this one in particular was so apropos for your input today on diversity and acceptance.  I thank you for this wonderful newsletter and for keeping my thoughts and actions on track.  This helps keep my life and the lives I touch around me in a more accepting and non-judgmental way.  In turn, my life is more peaceful as I learn how to live in a more spiritual and loving way. Sounds corny, but it feels so simple and perfect.

"There is a big mix out there, and there's lots of different things going on, and there is not one way that was intended to be the right way. Just like there's not one color or one flower or one vegetable or one fingerprint. There is not one that is to be the right one over all others. The variety is what fosters the creativity. And so you say, "Okay, I accept that there's lots of variety, but I don't like to eat cucumbers." Don't eat cucumbers. But don't ask them to be eliminated and don't condemn those who eat them. Don't stand on corners waving signs trying to outlaw the things that you don't like. Don't ruin your life by pushing against. Instead, say, '"I choose this instead. This does please me.'"

It's crucially important to have the experience/awareness/realization of shared identity, however it happens, whatever precipitates it.  It's important to get to the point of looking across at the other and seeing myself.  There is no other.  We are distinct, but we are one, and until we realize that, we will go on fighting and warring, taking ourselves further away from the peace we say we are seeking.  I suppose there is no other way of resolving the war outside than by sharing identity with the ones we are fighting.

Zenkei's story is very touching.  Thanks for sending it.  My fights with my self are still ongoing.  As I age and become wiser, the fights are less frequent and less fierce. I still notice that I have difficulty understanding how many republicans could think and act the way they do, but when I notice my present experience, I am more excepting of them and see my unity  with them. When I am in the present moment I notice my noticing while I am noticing, and I notice more my unity with everyone and everything.  I recently listened to the taped book: "The Power of Now" by Eckhart Tolle. It greatly helped me  notice my present experience more often.  When I notice what I desire, I notice that I desire less and I am more peaceful with myself and everyone and everything. Warm and kind regards to all readers.