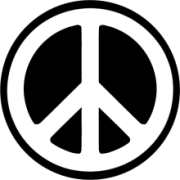 When we have a non-violent outlook, we no longer look on a dispute as what's called a 'zero-sum game.' Instead of thinking that for me to win, you have to lose, we now believe there must be a way that both of us can grow. The very fact that we can turn an argument into a problem-solving session, a dispute into a learning, alienation into unity, is a gain for all concerned.

Therefore, the nonviolent actor is never out to humiliate or in any way injure another person or group. He or she can be opposed to the other's *actions*, never the person her- or himself: as the Christian tradition teaches 'we hate the sin, but not the sinner.' The more you respect the opponent as a person, the more forcefully you can oppose his or her wrong agenda.

Underlying this awareness is a belief that life is not a competition. To put it in economic terms, there is enough in the world for everyone's need; there is not enough for everyone's greed. By separating the 'greed' of the opponent, which we resist, from his or her legitimate 'need', which we support, it becomes easier to compel his or her reason to be free.

If all of us start turning arguments into problem-solving sessions, we would be very close to Utopia. When neither party does so, it's a hopeless case, not worth discussing. How does it work when one party feels that force (even if non-physical) works faster and better?

i've been blessed by all the messages i've read.it gave me the courage to go on and survive despite of what had happen to my life.thank you for the uplifting messages...

'He cheated me, he insulted me, he beat me, he robbed me'--surely letting go of such thoughts will bring peace."
--attributed to Buddha

"The direct use of force is such a poor solution to any problem, it is generally employed only by small children and large nations." --David Friedman

I think it's ok to fight. It's a part of life. But we can avoid so many petty bouts of negativity if we can over-stand a situation and see things objectively if we try to understand where another person's opposition comes from. It's surprising sometimes how quickly you can analyze a situation for the best outcome if you just practice taking one step back.

Thank you, Michael, for your wisdom and insight in this well-needed for of not just resolution, but really - a life style! My husband and I are a part of a team of people working to get Peace and Conflict Studies as a core curriculum at Oberlin College.

And Debra,...you're on the right track. I've been there; and my husband and I used (and continue to use) conflict resolution techniques to get through very tough issues. Don't give up!!!! Stay strong!

This philosophy is one that i am currently trying to use to save my 34 year marriage. Thank you for the article. It gives me encouragement.

Well, this could be a very inspirational text for parents-kiddies clash ;-}