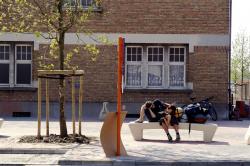 The idea that humans can make progress strikes some as naïve. With every war and its chaotic aftermath, looming ecological disasters, and the deviance reportedly inherent in human nature, it seems absurd that things can get better. In fact, say some, things seem to be getting worse.

Of course, even pessimists admit that improvement of a certain sort has been made. Humans have made progress, if we mean an increase in the quantity of commodities. Some speak of the inevitable progress of technology, and who can question that more people have access to more information than ever before? But, say pessimists, increases in commodities or access to information do not indicate genuine progress.

Either nothing can make the world a better place, or the world will necessarily become better. To say it another way, progress is either impossible or inevitable. Which do we choose? A third option exists. This option says that progress is possible, but not inevitable. In terms of moral progress, we might say that love can make progress. But we can also step backwards, fail to love, and witness evil's increase. In either possibility, there is no inevitability. Love may or may not make progress.

Most, if not all, of us actually want to witness love making progress. Progress in love, in other words, presupposes that we have at least a vague notion about which actions promote wellbeing and which do not.

I don't buy into the doom and gloom . There is a speck of god in everything.

This is a short excerpt of a much longer piece. If you'd like to read the entire piece, it appears as the last chapter in my book, Science of Love: The Wisdom of Well Being (Templeton Foundation Press). If you have questions, drop me an email tjoord at nnu.edu

Power that love holds is beyond the reach of galaxy .No power, nothing can croos it.
I welcome all those who wants to be with me.
Specialy Mothers hav immense power to bathe in,sink in,drawn in and also illuminating vigourously.

I truly believe LOVE conquers all just keep hoping and praying that the world will be become a better place. Have a happy new year.

When I first read this, I wasn't sure why he started out with such a pessimistic attitude about how humans can be so narrow-mindedly falling into one future is good bucket or future is bad bucket. I don't really think what will make progress is "love". I think it's going to be people actually believing in things like peace, compassion, understanding, tolerance, humility, susatainablity more than what we say we do. Like Gil Scot Heron used to say, if people believed in all that stuff as much as we say we do, we would have the world we want. I mean this in an optimistic way. We now know how to reach and teach and learn and persevere. Now we just have to work for Progress. Hopefully, we'll learn to be more efficient at it as we keep working on it.