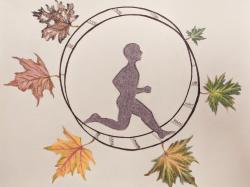 SEED QUESTIONS FOR REFLECTION: What is your definition of wealth? Can you share a personal story of a time you experienced wealth through subtraction instead of multiplication? What helps you stay aware of the distinction between needs and wants?

Wealth is knowing there is no lack.
wealth is trust and faith in knowing we are the co creators and powerful beings.
wealth is in knowing that you deserve this creation and everything is available in this transient life. Wealth is enjoying life with contentment and peace. Sharing,caring and loving yourself.

A wealthy person is one who knows he/she will be spending their eternity in Heaven! She/He invests their life, time and work on/in Him ... the only One Who REALLY matters.

Wealth is all the good in my life. It's access to what I need and the ability to develop myself and my family, and give to others.

For me wealth is slowly but clearly becoming letting go of fears and doubts. The peace and calmness increase with each one I release. The wealth of a full breath; taken in full with a diaphragm suddenly relaxed and able to expand with the in-rush of air. The wealth of a steady heartbeat; pulsing in harmony with life rather than rushing through arteries and veins closed tight.

wealth is wellness of the body, mind and soul; its not only about material things. Knowledge is wealth just like health. Wealth is the totality of wellbeing of an individual.

I have reflected on wealth and found that pigeons represent desires as seen in this photo. Wealth is having an abundance of something valuable, often referring to money but not necessarily, and often means having more than what is needed. A simple example of my experiencing wealth through subtraction instead of multiplication is when I make a gift to someone of something of mine, resulting in some wealth of good feeling for me. What helps me stay aware of the distinction between wants and needs is knowing that a person's wants are many, are not necessary for survival and may not even be for the person's good, and wants tend to come and go, while needs are few, are necessary for survival, and are consistent. Awareness of the distinction between wants and needs helps me want less and grow in appreciation for what I have, and that awareness and appreciation are a happy wealth for me. Awareness that wealth can definitely be other than monetary helps me grow in what really is valuable to me.

I was blessed to be raisedby parents who shared their bread joyfully with those who were hungry and provided shelter to those who needed it. They were living examples of the saying of St Francis of Assisi, " It is by giving we receive...It is in pardoning that we are pardoned." I experience such inner wealth almost on a daily basis by serving people who are going though emotional pain.Teaching and counseling is my profession. I earn inner wealth by offering my unconditionalloving kindness to others. What a blessing!

Discretion is one of the basic qualities of living wisely. In my choice making, I ask the question, "Do I need this? Is this really necessary?" I patiently wait for the answer. If the answer is no, then I do not higgle haggle. I totally accept it and move on rather than getting something I really do not need. Whenever I have not followed that inner wise voice, I end up getting more which I really do not need. I accumulate unnecessary burdensomephysical and mental stuff! Wants are nothing but endless cravings and grasping. Discretion is my savior. I am happy to say that I am making good progress!
May we cultivate discretion and make wise choices!
Namaste!
Jagdish P Dave