The Power of Silence in a World of Noise

Silence isn’t just the absence of noise. It’s a presence that brings us energy, clarity, and deeper connection.

A few years ago, Leigh Marz, a leadership coach, dance teacher, and confessed naturalist, met Justin Talbot Zorn, a policymaker, meditation teacher, and writer, through the introduction of a mutual friend. Though their meetings were entirely online, they hit it off professionally right away, “geeking out on all sorts of things” that they wanted to do in the world. They decided to write an article together and pitched some ideas, the very last one being on silence. The editor of the Harvard Business Review wrote back and said, “Write about silence. Thanks.” So in 2017 they wrote an article called “The Busier You Are, The More You Need Quiet Time.” It went viral and became HBR’s most shared article in recent years, translated into a few languages.

So Leigh and Justin stepped back and thought, “What is this telling us?” Though they still hadn't met in person, they decided to write a book together. “Golden: The Power of Silence in a World of Noise” is the result of that inspiration and five-year-long subsequent collaboration.

In Golden, Justin and Leigh explore the meaning of silence in a wide range of contexts—from the West Wing of the White House to San Quentin’s death row; from Ivy League brain research laboratories to underground psychedelic circles; from the temperate rainforests of Olympic National Park to the main stage at a heavy metal festival. Though their original article focused largely on auditory silence, Golden looks more broadly at noise—auditory, informational, and internal—not just in our ears, but also on our screens and in our heads. The second part of the book is a field guide to getting beyond the noise. Drawing on lessons from neuroscience, business, spirituality, politics, and the arts, Justin and Leigh explore why auditory, informational, and internal silence is essential for physical health, mental clarity, ecological sustainability, and vibrant community.

Justin and Leigh see “silence as a pathway to compassion, to empathy, and to insight as well. Stepping back into deep silence—even sharing that silence as we think through these issues—really allows for novel thinking to emerge.” Silence counteracts “the ethic of performing constantly, to be able to tune into what’s true,” Justin says. It allows for discernment. According to Justin:

Sometimes the word silence can have a connotation of complicity or complacency around what’s wrong. Sometimes we hear culturally that even silence is violence. And we respect this notion: it’s something we write about with great appreciation in the book, but our contention is that so much of the apathy in the world right now isn’t born of silence—it’s born of noise. When we’re caught up in paying attention to Instagram “likes,” gossip, career jockeying, and whatever else it might be, all that noise makes it difficult to truly focus on living a life of empathy, to focus on hearing what’s necessary in our lives from the people around us, and to hear what’s necessary with respect to what’s happening in the broader world.

And there’s a special alchemy that happens when we are quiet together, experiencing silence with others, Justin and Leigh found. “The power of silence is magnified when it’s shared,” they write. They believe we can repair our world by reclaiming the presence of silence in our lives through a variety of modalities (and not just through mindfulness practice alone). 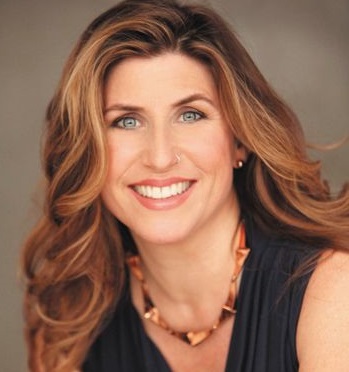 Leigh Marz is a collaboration and leadership coach for major universities, corporations, and federal agencies as well as a longtime student of pioneering researchers and practitioners of the ritualized use of psychedelic medicines in the West. She began her adult journey studying ecology and the interrelationship of things, having in her childhood spent “a lot of time alone and together in nature” with her sibling. “It’s a place of comfort, of magic, dreaming, and self-transcendence, which I think is really good for us humans to experience as much as possible. The self becomes smaller and vaster at the same time,” Leigh says. She also learned to revel time in her body through her lifelong practice of dance, later realizing that “there's some transmission—not verbal, quite ineffable—that takes place” in dance, and that dance choreography allows bodies to come together in relationship like a murmuration.

Leigh has led training programs to promote an experimental mindset among teams at NASA and a decade-long cross-sector collaboration to reduce toxic chemicals in products, in partnership with leading corporations, universities, and policy institutes. She is the cofounder of Astrea Strategies, and lives in Berkeley, California, with her husband and daughter.

Justin Talbot Zorn has served as both a strategist and a meditation teacher in the US Congress. On Capitol Hill, he served as Legislative Director to three Democratic Members of Congress. He helped to launch and lead a first-of-its-kind mindfulness program in the US House of Representatives, bringing together people from across the political spectrum to do the work of finding greater calmness and insight.

A Harvard-and-Oxford-trained specialist in the economics and psychology of human thriving, he has written for the Washington Post, The Atlantic, Harvard Business Review, Foreign Policy, and other publications. Justin is cofounder of Astrea Strategies, a consultancy that bridges contemplation and action, helping leaders and teams envision and communicate solutions to complex challenges. Justin lives in Santa Fe, New Mexico, with his wife and three children.

Please join us in conversation and discernment with Leigh and Justin!