A Holy Land For All: Sacred Activism in the Israeli-Palestinian Conflict

In seeking to create a Holy Land for all, our guest engages in deep healing of deep traumas for multiple populations, and asks: "Can I make a decision that is motivated by the future that I seek—not the past that I experience?" How has healing of past traumas within you affected the peace around you? Share Reflection 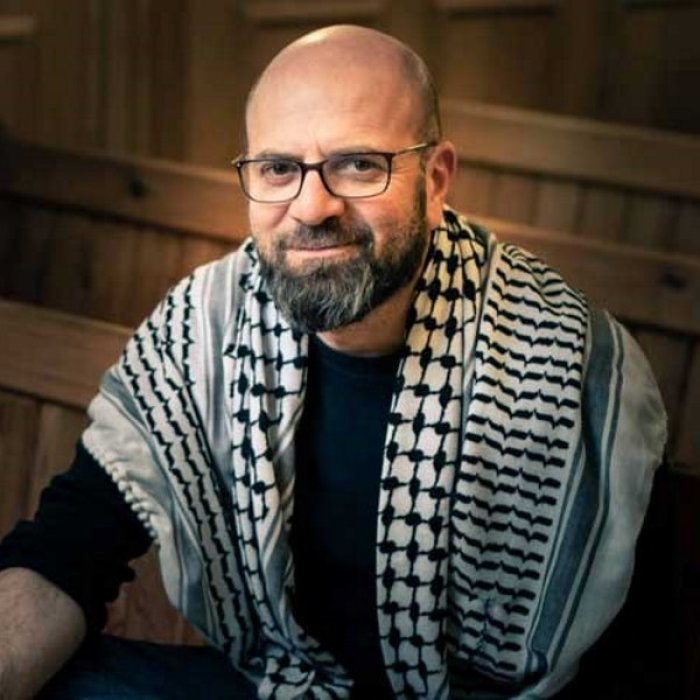 "Peacemaking is not about making a political commitment, it’s a commitment to a deep healing of deep traumas. Until we do that we can never do peacemaking.”

When Sami was just 16, his uncle Mubarak Awad was permanently exiled for taking a leading role in the Palestinian nonviolent resistance movement during the first Intifada. “That is how dangerous non-violence is,” says Sami. His parents were refugees, displaced by the Israeli-Palestinian conflict, and Sami watched his own father abused by Israeli authorities. Though Sami “had every excuse and justification to hate Israelis,” he did not. In spite of the violence, his mother emphasized the Christian teachings of “loving your enemies” and forgiveness, while his uncle exposed him to the messages of non-violence from Jesus to Mahatma Gandhi to Martin Luther King Jr.

In the late 90s, Sami founded Holy Land Trust (HLT), a non-profit organization in Bethlehem, whose mission is to find peace, justice and understanding for people in this land that is sacred to faith communities the world over. HLT seeks to uncover the root causes and real reasons that people are not seeking and finding peace. The organization engages in deep healing work for the trauma—of both Palestinians and Israelis—from the existential fears and violence that mark their lives in the Holy Land. For Sami and HLT, healing the collective traumas that prevent peace is an intense and spiritual process focused on personal transformation and commitment to community. In seeking to create a Holy Land for all, Sami asks: "Can I make a decision that is motivated by the future that I seek—not the past that I experience?"

In one word, Sami describes himself as an “activist.” He is continually plumbing the depths of how real change happens and how true healing occurs. He defines sacred activism as not just sitting and meditating, but engaging in direct action--stopping the violence—in a way that is infused by the mindfulness work and spiritual practices peacebuilders have been engaging in over the past decades.

"I now believe that my own liberation as a Palestinian is not only about ending the Israeli military occupation, but also about addressing all aspects of violence—be they political, social, economic or environmental. Nonviolence is not a tactic to be taken out of the box when it seems fit to use. It is a way of life."

Recently, he has been exploring the connection to nature as a peacebuilder’s guide and a comfort—to find the sacred understanding and messages that come through the elements of water and land. Sami and HLT are working with other partners to explore the intersections of environmental justice, non-violent resistance to the Israeli occupation, and sacred activism.

Sami lives outside Bethlehem in the West Bank. He holds a Doctoral Degree in Divinity from the Chicago Theological Seminary, a Master’s Degree in International Relations from the American University in Washington D.C., and an undergraduate degree in Political Science from the University of Kansas. Sami’s courage to be among the first activists to see Israelis not as “the Other” but as brothers and sisters together in this land—and his willingness to engage in the trauma work in both communities—inspired the Euphrates Institute to create the Visionary of the Year award in order to honor his unique vision. Today, as the director of programs at Holy Land Trust, Sami travels widely and is a frequent speaker, and leads intensive trainings and retreats for Palestinians and Israelis.

Please join us in conversation with this visionary peacebuilder to kindle our own commitment to peace, justice, sacred activism, and connection to nature.

The greatest thing that gives life to me is seeing people fully open up and engaging in breakthroughs in their personal and collective beings. To see the "aha" moments where they become aware of their (and their communities) inner constraints and traumas that restrained them from living their life the way creation intended that life to be lived. To see them connect with each other (even those perceived as "the enemy") in new ways of deep intimacy, oneness, and jointly moving forward to a manifesting a new vision for the future where all are respected, treated justly, living in peace and equality.

One of the biggest events in my life that was a turning point was my visit to the death cams of Auschwitz and Birkenau in Poland as part of the Bearing Witness Retreat. In there, as a Palestinian, I met the shadow of my enemy. Even while living under the suppression I realized that my enemy even in their power is driven my fear and trauma. I realized how the collective trauma of the past is inherited by the next generation and carried in every decision they make to the future. Unless we acknoweldge and heal the traumas of the past, we will only move forward with mistrust, fear, and suspicion. things that do not allow for true peace.

The numerous times when I was in nonviolent demonstrations resisting the Israeli military occupation and I was protected from the Israeli army by Israeli activists themselves who stood and were ready (some did) get beaten up by their army for that.

To learn the deep ways of healing, medicine, and ceremony of the indigenous nations of the world. The way they connect with, gain knowledge from, and live life that is in oneness with all that is.

There can not be peace in this world unless we engage in the deepest healing work of our personal and collective fears and traumas; from the most inner personal to that which has shaped our collective identity. 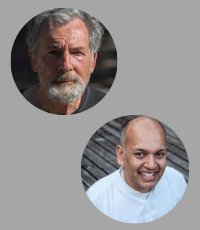 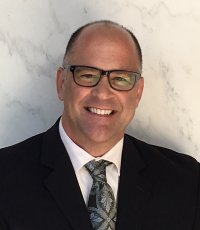