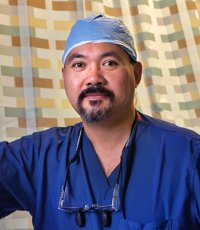 As a surgeon based in eastern Nebraska, Demetrio Aguila, MD, has drawn patients from 34 states, 6 countries, and 4 continents, not only because of his innovative, life-changing surgeries for people suffering with chronic pain, but because of the compassionate payment option he offers: in lieu of dollars, patients can donate community service hours for their procedures. For example, if a patient needs a surgery with an insurance fee of $5,000, a donation of 250 hours of community service can cover the cost. “In my heart of hearts,” says Aguila, who served for over 20 years in medical missions for the US Air Force, “I had this hope that we would rekindle in our neighbors, and in ourselves, a sense of volunteerism.”

From its inception, the vision Aguila had for Healing Hands of Nebraska, the clinic he founded, has been to offer “world-class health care to all comers in a way that’s compassionate, innovative, forward-thinking, affordable, and fair.” The pricing options are transparent; by not contracting with commercial insurance, patients know exactly what their charges are. For those at risk of significant medical debt or bankruptcy — the vast majority of whom face such risks even though they actually have medical insurance — Aguila devised the M25 program, a reference to Matthew 25:40 in the Bible, which calls humanity to serve one another with dignity and equity. Through M25, patients can either fulfill the volunteer hours themselves, or they can invite friends, family, neighbors, and even strangers to contribute to their total hours. As one patient noted of a nursing program that donated some 180 hours to his total, “It was the kindness of strangers that got this accomplished for me.”

It’s not the first time Aguila has found himself in such a role of great weight and responsibility. During his senior year at Boston University, he joined the US Air Force and, between active duty and reserve time, would spend a total of 21 years in diplomatic and combat missions across Japan, South Korea, eastern Europe, and the Washington, D.C., area. For a time during his deployment to Operation Enduring Freedom in Afghanistan, Aguila was the only head and neck surgeon, and the large majority of the surgeries performed were on civilians.

More recently, Aguila’s unique combination of skills and creativity led to “Sober Surgery,” or surgery that doesn’t involve narcotics or benzodiazepines, two notoriously addictive classes of drugs. Having studied pain medicine and medical acupuncture, Aguila realized that, while he could use a combination of nerve blocks and non-narcotic drugs to control surgical and post-surgical pain, many of his patients, having endured years of chronic pain, were coming to him already addicted to such medications. “I didn’t know what to do with the addiction,” Aguila said. Then Rise Recovery stepped in as a perfect complement — an organization that offered treatment and support for addictions, but didn’t know how to treat the underlying pain. “It was a match made in heaven,” says Aguila.

In addition to comprehensive nerve surgery for chronic pain, Aguila performs reconstructive and cosmetic plastic surgery. He is a diplomate of the American Board of Plastic Surgery, as well as the American Board of Otolaryngology (Ear, Nose, Throat, or ENT). Aguila has received training at various institutions, including Johns Hopkins Hospital, University of Maryland, and Mount Sinai School of Medicine. Among his numerous awards, he was awarded the Air Force District of Washington Surgical Excellence Award, NATO Medal, and Surgeon of the Year.

Aguila is also a doting husband and the father of four children. He is proficient in multiple languages, including Tagalog and Spanish. For the past four years, he has pursued an MA in Theology from The Augustine Institute. 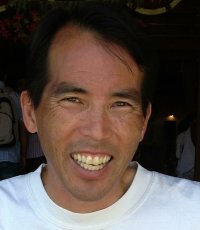 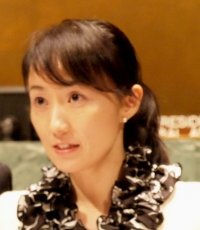