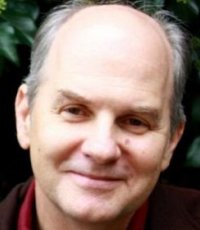 “Unlike Greek, Aramaic presents a fluid and holistic view of the cosmos. The arbitrary borders found in Greek between ‘mind,’ ‘body,’ and ‘spirit’ fall away.” —Neil Douglas-Klotz, Prayers of the Cosmos

Neil Douglas-Klotz, a world-renowned scholar in religious studies and psychology, defies easy categorization. He is a poet. Musician. Teacher of embodied prayers. Citizen diplomat. A Sufi. Linguist fluent in Aramaic, Hebrew, Arabic, German, among other languages. Author of eleven books, best known for his translations of the Aramaic words of Jesus and of the Arabic of the Qur’an. Thought leader and philosopher.

Matthew Fox wrote of Douglas-Klotz’s book Prayers of the Cosmos, “Reader beware: though this book is brief, it contains the seeds of a revolution.” This particular revolution began in 1977 when Douglas-Klotz, as a young man, received a transliteration in English phonetics of the Lord’s Prayer in Aramaic. He was curious to explore something that his teacher, Samuel L. Lewis—an American mystic, horticultural scientist, Zen master, and Sufi murshid (senior teacher)—had hoped to complete before his death, but hadn’t: to learn to pray the Lord’s Prayer in the original words spoken by Jesus.

Douglas-Klotz began to recite the words, then chant the sounds over and over again. “My body began to feel feelings I hadn’t felt before,” Douglas-Klotz recounted. “It was a visionary experience, a hal [or an expanded state, in Arabic].” He thought either he was going crazy and hearing voices in his head, or these body prayers might be something to try out with others.

Since then, Douglas-Klotz has become a pioneer in the radical translation and transliteration of the Lord’s Prayer and other teachings of Jesus. Two of his books,  Prayers of the Cosmos: Reflections on the Original Meaning of Jesus's Words and The Hidden Gospel: Decoding the Spiritual Message of the Aramaic Jesus, reveal a mystical, feminist, and cosmic Christ. Douglas-Klotz teaches not only in concept, but by direct experience through body prayers and chants, how Aramaic differs from the better known Greek and English versions of the Christian Gospels. He explains how Arabic, Aramaic, and Hebrew all share the same roots. These Semitic languages emanate direction, color, and movement of a universe that is holistic, fluid, and conscious. He created a website, www.abwoon.org, with audio and video resources, so anyone can learn these prayers from anywhere in the world.

Douglas-Klotz was raised in Chicago by a multicultural family. Both sets of his grandparents were refugees from Europe of mixed German, Jewish, Russian, and Polish blood. His father was a chiropractor, and his mother was a student of healer and mystic Edgar Cayce. They were devout Christians, telling him stories of Jesus’s miracles and cultivating a sense of reverence and awe; they also taught him to question everything that challenged the greatest law to “love your neighbor as yourself." Douglas-Klotz was also impacted by Rachel Carson’s book, Silent Spring, and the importance of caring for the environment.

After graduating from college and working as a journalist in social justice, environmental issues, and consumer protection, he began to study with the early students of the mystic and scientist Samuel L. Lewis, through whom Douglas-Klotz was introduced to the spiritual practice involving Dances of Universal Peace. He then began a deep exploration of the body, mystical and expanded states of consciousness, and the early pre-religious ways of the three Abrahamic faiths—Judaism, Christianity, and Islam.

In addition to academic studies at various universities, where he received a master’s degree in somatic psychology and a doctorate in religious studies with an emphasis in ancient Semitic language hermeneutics, he studied with teachers from the native traditions of the Middle East, Pakistan, and India. In 1982, together with the Rev. Tasnim Fernandez, he co-founded the International Network for the Dances of Universal Peace. Several years later, he led a multinational group of dancers for peace on a citizen diplomacy trip to the Soviet Union, where they “demonstrated peace” in many public places with hundreds of local people joining them.

Douglas-Klotz’s other books include The Sufi Book of Life: 99 Pathways of the Heart for the Modern Dervish, Kahlil Gibran’s Little Book of Wisdom, Desert Wisdom: A Nomad’s Guide to Life’s Big Questions from the Heart of the Native Middle East, The Little Book of Sufi Stories and a historical mystery called A Murder at Armageddon. He has served as faculty at the Institute in Culture and Creation Spirituality, begun by theologian Matthew Fox, which in the 1990s gathered scientists, artists, educators, and students across different cultures and races.

Douglas-Klotz and his partner live in Fife, Scotland, where in 2007 he co-founded the Edinburgh International Centre for Spirituality and Peace with Neill Walker. He lectures worldwide. Under his Sufi name, Saadi Shakur Chishti, he also offers spiritual retreats combining his work with Native Middle Eastern spirituality with the lineage of Chishti Sufism.

Please join Cynthia Li and Pavi Mehta in conversation with this illuminating teacher of wisdom and peace. 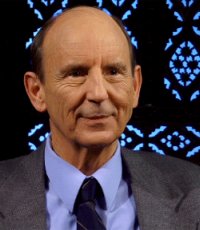