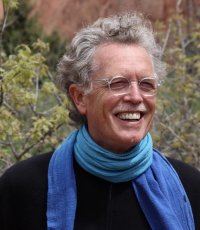 “In almost every area of life, humanity is being invited to turn its attention to reestablishing our original unity with the earth.” – John Philip Newell

"Life’s essential harmony is within each of us. So also is life’s brokenness. To be part of transformation is to look falseness in the face, to passionately name it and denounce it in our world, and at the same time to clearly identify its shadow within our own hearts and do battle with it there." – JPN

John Philip Newell is a modern-day Celtic bard and spiritual teacher in the prophetic tradition who communicates across the boundaries of religion and race, following in the footsteps of other “wandering” teachers from the Celtic diaspora scattered across the centuries. He writes and speaks eloquently and passionately on behalf of a “New-Ancient” way of seeing with the heart, of a cosmology in harmony – relating the parts to the whole, the heavens to the earth, all opposites seen as One. He stresses that what we do to a part, we do to the whole, whether in family, state, or natural world, advocating for a wellness that is founded not in isolation, but in relationship with each other and with the earth.

As part of his calling, and with an increasing sense of his own spiritual exile as an ordained member of the Christian church, Newell in 2020 relinquished his ordination as minister of the Church of Scotland. In a recent talk addressing his decision, he invoked the inspiration of Gandhi’s “No” to oppression, alongside his “No” to the Christian church’s denial of the sacredness of the earth and of all peoples, while invoking a “Yes” to the wonder and Unity of life. “Yes to the sacred essence of the earth, and of every human being,” he says. “Yes to the wisdom of other spiritual traditions. Yes to the Divine Feminine within us and among us. Yes, yes, yes!”

“The spiritual yearnings that have led us into exile hold within themselves seeds of a new vision stirring in the human soul,” he writes, referring to forms of exile faced by many of his teachers, including St. Brigid of Kildaire in 4th century Ireland—who as embodiment of the sacred feminine dwelt in the liminal realms between birth and death, human and divine, crafting a wholeness of the opposites and an inclusion of all; 19th century Scottish minister and prophet of the awakening soul, Alexander John Scott, who championed the Imagination as primary tool for moving into transformation and new ways of being; and 20th century French scientist and priest, Pierre Teilhard de Chardin, who taught, “the deeper we go into matter, the closer we come to the heart of God.”

In a new book released this month, Sacred Earth, Sacred Soul, Newell weaves together the powerful teachings of these and five other teachers from his “School of Earth and Soul,” stressing the need for us to awaken to, and reimagine new beginnings. From the book:

There is a groundswell of waking up to the dignity of every human being and every race. There is a reawakened awareness of the sacred feminine. There is a sharpened scientific understanding of the single flow of life that courses through the body of the universe. There is a rediscovery of the power of native song and story to help inspire our rituals and narratives of sacredness today. There is a new openness to the intuitive and the imaginative as essential tools in discerning the way forward in our lives and world. There is an explosion of earth awareness in our human consciousness, the likes of which we have never known before…There is a growing mindfulness of compassion and how to embody it in our lives and relationships. And there is an ever-awakening realization that humanity must journey forward into a new reverence for the earth, if the world as we know it is to survive

Seminal in his own life’s journey was his first trip to India in his mid-30s, when Newell was taken by a friend to visit the Benedictine monk Bede Griffiths at his Tamil Nadu ashram. Several powerful dreams and experiences there served to help overturn his suspicion of what he framed as the “subjectivity” of Indian mysticism. Having been trained that truth was outside of himself, accessed through the intellect and propositional truths, encountering India’s unforgotten knowledge that “God is immanent” was a breakthrough.  “I had not even begun to imagine that the East and the realm of the unconscious were also part of my inheritance.”  His own daughter soon afterwards travelled to study Indian dance in India, and later married an Indian and moved there.

As with his vocation and that of his spiritual forebears, Newell’s own life has not been spared struggle and brokenness.  His parents’ political and religious heritage bridged difficult divides – his atheist Socialist grandfather and his devout Protestant grandmother emigrated from Belfast to Canada. The echoes of the religious struggle between his parents as well as that of the Irish Civil War, and World War II, lingered in his cell memory as breakages to grapple with.

In his own married family life, one of his two sons in his late teens suffered a severe mental breakdown, which has left him living in fear and paranoia. Newell writes, “the longer we have lived with mental illness within us as a family, the more I have come to believe that Brendan’s illness is not his, in a limited sense… And I have come to believe that Brendan will not be truly well until we are well, and that we will not be truly well until Brendan and others like him are well. Our healing belongs inextricably together.”

Canadian by birth, Newell is a citizen also of Scotland, where he resides with his wife and family in Edinburgh. In 2016 he began the School of Earth and Soul (originally called the School of Celtic Consciousness). He teaches regularly in the United States and Canada, and leads international pilgrimage weeks on Iona in the Western Isles of Scotland. He received his PhD from the University of Edinburgh and has authored over fifteen books, including Sounds of the Eternal, and The Rebirthing of God, and his major forthcoming publication, Sacred Earth Sacred Soul.

Join Diana Badger and Owen O Suilleabhain as they come together with this teacher of depth, heart, and soul, as well as far-reaching mind, to discuss the journey from separation to wholeness, from dismemberment to remembering, of deep humility and interconnectedness in the name of the sacred that embraces us all.

Our longings are a unique manifestation of the universe’s longings. In listening to the depths of life, within our lives and within every life, we will hear the longings of the One that are deeper than the fears that divide us.  – John Philip Newell

Wild open space, whether in the Western Isles of Scotland or the high desert of New Mexico, make my body and soul come fully alive. Also times of deep personal engagement, whether in the intimacy of loving, the delight of sharing bread and wine with friends together, or the creative moments of writing and presenting vision as an author and teacher.

The opportunity to spend three years with a 19th-century 'heretic', Alexander John Scott, who was the subject of my PhD thesis in Edinburgh. Scott offered me the vision of spirit and matter, time and eternity, heaven and earth mingled in every moment and encounter of life. And he taught me the relationship between the head and the heart, and the vital link between vision and compassionate action.

Harry Underhill, the nephew of the great English mystic Evelyn Underhill, offered to pay my way to India when I was a young man to open my mind to the wisdom of the East by spending time with one of the greatest Christian teachers of the modern world, Bede Griffiths, who introduced me to the marriage of East and West.

To hike the Lairig Ghru, one of the most famous mountain passes in the Cairngorms of Scotland.

Let us awaken together to the sacredness of the earth and every person, and discover that this same sacredness is at the heart of our own being as well. Living Fully and Lovingly in the Age of Dying: Deep Adaptation 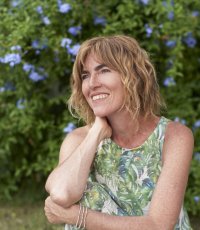 Embodied Spirituality & The Many Flavors of Wonder 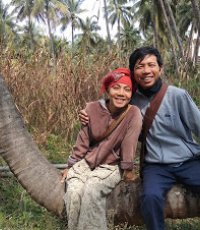