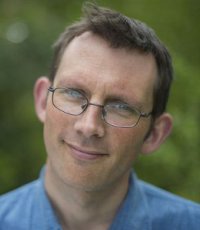 Rob Hopkins is a cofounder of Transition Town Totnes and Transition Network. The Transition Town movement is an international network of grassroots projects that aim to foster local ecological resilience and self-sufficiency. A movement that has been growing since 2005 in 50 countries, it is about communities stepping up to address the big challenges they face by starting local. By supporting individuals to transition both in and out and then come together, the movement seeks to crowd-source solutions to nurture a caring culture, one focused on supporting each other as groups or as wider communities. In practice, Transition Towns are reclaiming the economy, sparking entrepreneurship, re-imagining work, re-skilling themselves and weaving webs of connection and support. Neighbors come together to plant community gardens, transform local schools, install their own renewable energy plants, create their own local currencies, and more.

The first Transition Town started in Totnes, England, in 2006, by Rob and friends. They kickstarted 'open space' meetings for the community to convene around the themes of peak oil, climate change, and the local solutions to these issues. The message of combining our head, hand and heart, of transforming both the inner and outer landscapes, of daring to imagine and embracing the uncertainty of never-ending stories, soon went viral across the world.

In 2012, Rob was voted one of the Independent’s top 100 environmentalists and was on Nesta and the Observer’s list of Britain’s 50 New Radicals. Hopkins has also appeared on BBC Radio 4’s Four Thought and A Good Read, in the French film phenomenon Demain and its sequel Apres Demain, and has spoken at TEDGlobal and three TEDx events (TEDxExeter, TEDxTotnes, and TEDxMadrid).

He is the author of The Transition Handbook (2008), The Transition Companion (2011), and The Power of Just Doing Stuff (2013).  In his most recent book, From What Is to What If (2019), Rob Hopkins asks why true creative, positive thinking is in decline, asserts that it’s more important now than ever, and suggests ways our communities can revive and reclaim it. He blogs at transtionnetwork.org and robhopkins.net, and tweets at @robintransition.

Rob has long been someone who can sense what is possible is the air, and put himself out on a limb to do it. When he was 12, Rob and a few other friends started a sit-in protest against the divisive policies at his school. Three hundred students joined and the school policies were later revised. At 14, Rob became a vegetarian. At 20, he moved to Istituto Lama Tsong Khapa, a Tibetan Buddhist monastery in Tuscany, Italy. Rob served there for two and a half years as the House Manager. He recounted being “deeply moved by the practice of daily meditation, and the community’s focus on compassion, letting go of greed and egotism, ... and embracing the value of both inner and outer transformation through skillful means”.

After Tuscany, Rob spent a year traveling in India, Pakistan, China, Tibet and Hong Kong. In India, he met Emma, who later became his partner and mother of their four children. In Pakistan, he found “a garden of bliss” in Hunza village, where people led self-sufficient, contented, healthy lives. An Australian friend who was traveling with him mentioned the word “permaculture”, and one fortuitous event after another, Rob became a student, a practitioner and later a teacher of this art of designing for sustainable living.

In 1996, weary with the disconnection between theory and practice among Western practitioners of Buddhism, Rob and his young family moved to southwest Ireland, to West Cor, seeking to find “positive, practical and loving ways to help foster ‘an extraordinary renaissance— ‘economic, cultural, and spiritual’ throughout the industrialized world”. While setting up the first 2 year full-time permaculture course in the world, at Kinsale Further Education College, his and others’ families set up Baile Dulra Teoranta, a charity, with the intention of creating an ecovillage project called The Hollies on a farm near Castletown, Enniskeane. After close to 3 years, they were granted the first planning permission for an ecovillage development in Ireland.

Being a vocal community organizer, Rob faced oppositions and setbacks throughout his life. In October 2004, Rob and Emma’s house was destroyed in an intentional fire. Rob continued to teach, helping his students to finalize the Kinsale Energy Descent Action Plan, which was later supported by the Kinsale Town Council. Rob was encouraged by this experiment to further step up in his ambition of “a massive-scale social transformation”, based on permaculture’s principles. In 2005, Rob and his family returned to England and began a new adventure with Transition Town Totnes.

Rob now serves with Transition Network, grows food and reads stories for his family, makes lino prints in his spare time, all coupled with a deep sense of urgency and in service to others and our planet.

Join us for a conversation with this thoughtful and enthusiastic community builder and trailblazer!

There are many. The birth of my children. Seeing Bill Mollison give a talk about permaculture. Seeing Sonic Youth in a basement in Bristol in 1985. Visiting the Hunza Valley. Arriving at a Buddhist monastery in Italy and staying there for 3 years. Starting the Transition movement. Meeting Joanna Macy. Meeting my wife. I could go on...

There is a woman who funded Transition Network in the early days for a few years. Even though she stopped doing that about 6 years ago, she still sends us an amazing cake every Christmas. I once visited Ferrara in Italy to give a talk, and arrived there by boat. We were met on the quay by the town's brass band, who accompanied us into town. First time that ever happened, and very memorable! So kind of them...

To visit Mount Kailash in Tibet.

I am going to use a line by Rilke that I love... ""The future must enter into you a long time before it happens". 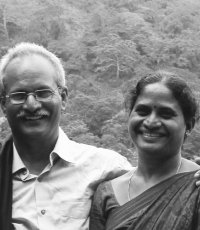 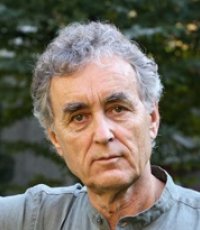