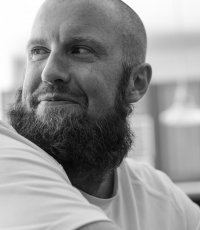 Graham Betchart is on a mission to normalize and popularize mental skills training.  A leader in the mental performance field, he is co-founder of Train the Mind, the first ever online mental training gym which serves as an elite Mental Performance Platform for student and professional athletes, executives and leaders.

Graham has spent over fifteen years training the minds of some of the nation’s most elite basketball talent. He continues to mentally train athletes at all levels -- from high school, to USA Top 100 camps, to collegiate athletes, to the NBA -- including three #1 NBA draft picks (Ben Simmons, Karl Anthony Towns, and Andrew Wiggins). Graham most notably has worked with Aaron Gordon since he was age 13, earning Graham acknowledgement as one of the most influential, yet under the radar, mental performance professionals in the world.  It’s with Aaron Gordon that he founded Train the Mind to promote the well-being of every child, student, and athlete.  Graham and Aaron’s journey together and ongoing work is featured in a new original documentary series titled Moving Minds, which is releasing in 2021.

Graham authored Play Present, and was previously the Director of Mental Performance at Lucid, an app to help athletes train their minds to improve athletic ability -- a role he shared with George Mumford, the mental skills coach to basketball great Michael Jordan. The core of Graham’s methodology draws upon meditation, visualization, and present moment awareness practice; he captures and repackages the essence of those practices into easily digestible, powerful, and practical tips for coachable moments in high-stakes situations.

Graham’s journey to the heights of this field began perhaps before he was born.  He was delivered on a hippie commune in Tennessee called The Farm by “the Michael Jordan of midwives”, the legendary Ina May Gaskin, author of Spiritual Midwifery.  Raised by a single mother who also became a midwife, he heard at an early age that brain and consciousness can be actively rewired.  Discomfort was something to be leaned into -- that the right consciousness and training in the midst of these intense moments had the potential to transform pain into healing. Authenticity and purpose were also key values in Graham’s home such that failing to follow your passion and true calling was deemed to be the biggest failure of all.

Following that passion initially led Graham to basketball, where he aspired to be a professional player.  Yet his competitive sports career came to a halt in his first year of junior college when a series of injuries and serious personal setbacks sent him into a rapid spiral of depression.  Feeling like he was going to die or that life wasn’t worth living, he called his mother, who reminded him that his brain can be rewired.  She recommended he go to a woman named Jocelyne Nielsen to begin his healing journey.  Joycelyne herself was a student of Babaji Bob Kindler who had been studying and practicing Vedanta since the early 70s when he was initiated by Swami Aseshananda, a direct disciple of the wife and consort of Sri Ramakrishna, Sarada Devi.

Graham spent two years with Jocelyne learning meditation, visualization, and positive affirmations before a baseline of joy returned to his life, yet he realized that the healing had begun from the first moment of his initial visit.  Once he felt recovered, Graham decided to start school again and attempt to make the UC Santa Cruz basketball team as a walk-on candidate, a task in which he succeeded against all odds.  Despite not being the best player on the team, he knew he had a powerful mental game that made him a presence on and off the court.  It’s during this period that he recognized and developed the concept of “Victory Goes to the Vulnerable”, reversing a gender scripting where male athletes are often taught that vulnerability is weakness.  Paradoxically, he found that only those with deep confidence have the capacity to move towards and enter their deepest vulnerability, and that those spaces are exactly the ones of deepest learning, healing, growth, and transformation.  After college, he discovered sports psychology, recognizing that earning a master’s degree in this field could be his vehicle to bring the inner technology he had been practicing more broadly into the world.

Graham’s first job was accepting a four-year commitment as a junior varsity coach at Mission High School in San Francisco, where he began practically deploying the ideas that he would ultimately pen in Play Present.  The theory revolved around a concept called “next play speed” -- how quickly one could either bounce back from a disappointment or else re-ground after a triumph, to once again have their entire focus on the present moment.  After four years of steady improvement, the team finally won its first championship.  He stayed on for several more years, winning several more championships, just to prove that the techniques and training he was deploying were not a fluke.

Meanwhile, word of his unique training spread, bringing him in contact with more young athletes and in other schools across the San Francisco Bay Area.  He coached many talented kids as a gift, never charging fees or asking for anything.  Besides seeking to be the voice he wished he himself had had when he was younger, his game plan was to propel his athletes to the highest level of the NBA so he could normalize and popularize mental skills training.  Over the years, many of the kids he’s coached have done exactly that. 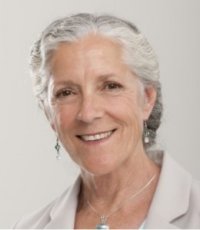 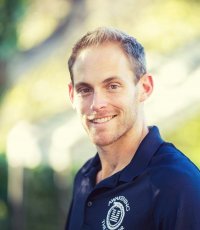 Critical Alignment: Learning to Move from Strength Instead of Strain