Mandar Apte is a former corporate leader and chemical engineer who is bringing the tool of meditation to promote nonviolence in the world.  Over the past decade, Mandar has taught meditation to thousands of people including police officers, victims of violence, returning veterans, inner city youth, corporate employees, and educators.

In 2016, Mandar started the From India With Love initiative to reinvigorate the ancient message of nonviolence (or ahimsa) in the world.  He produced a documentary film of the same name – which shares the transformational experience of a group of victims of violence from America during their travel across India in search of solace, healing and wisdom to reinvigorate nonviolence in America. This documentary film was screened by Los Angeles Police Department (LAPD). The community screening brought together police officers and community members in the shared mission of promoting peace, compassion and nonviolence.  He is envisioning community screenings and discussions across the country on October 2, 2019, to mark the 150th anniversary of Mahatma Gandhi's birthday.

Aligned with this mission, in October 2018 – marking the start of Gandhi’s 150th birth anniversary year – Mandar hosted the inaugural World Summit for Countering Violence and Extremism that brought together peace activists and law enforcement executives to promote peace and compassion in the world.  The summit aimed to spread tools for nonviolence, because “despite huge investments on violence reduction programs, law enforcement and military spending, violence seems to be on the rise. It is imperative that global leaders look for new ways to transform the conditions that promote violence and extremism.”

Mandar is the Program Director of Cities4Peace – an initiative of the International Association for Human Values. Recently, through this initiative, he has brought together LAPD officers, former gang members and community activists in a nonviolence bootcamp.  The initiative seeks to go beyond violence reduction to active promotion of peace: “to not only reduce the effect of violence that rattles cities around the world, but to go a step beyond – in creating a powerful and sustainable mechanism to initiate, establish and propagate peace via existing establishments of civic engagement, law enforcement and community groups.”

Until 2016, Mandar worked at Shell for 17 years at Shell International. In his last role at Shell, he managed Shell’s prestigious GameChanger social innovation program, investing in ideas that create shared value – business value and social impact.  He is the winner of the Ashoka League of Intrapreneurs Award for designing and delivering an innovation learning program at Shell to over 2000 colleagues using meditation practice.

Mandar is an acclaimed expert on leadership, entrepreneurship and social innovation and has spoken on these topics at many prestigious forums including TEDx, Wharton Business School, Social Innovation Summit, Sustainable Brands, and London Business School.  For over a decade, Mandar has taught leadership programs using meditation practices volunteering for the International Association for Human Values and the Art of Living Foundation.  He is also a Board Member of the Charter for Compassion, an international non-profit organization that promotes compassion in the world.

Currently a Visiting Scholar in the School for Conflict Analysis & Resolution at George Mason University, Mandar regularly consults brands across the world on social innovation and leads innovation workshops for corporations on innovating for peace.  He urges corporations to play a role in creating and promoting peace, compassion, kindness and positive human values.  “The only driving force in the world to make it a better place is through the practice and promotion of compassion. A lack of compassion has shown us unprecedented violence. It is now high time that corporations and their C-suites take a bold step in the right direction,” Mandar writes.

“Peace and prosperity are two sides of the same coin,” he notes. “Where there is peace, prosperity follows. We know of the ‘business of war’ – that will promote conflict for the upside that it brings with it – greater sale of arms, ammunition, services, etc.  We believe that there is a much bigger ‘business for peace’ if only we can help organizations to reframe the definition of peace – as not just an absence of conflict. Peace is also a ‘lack’ of many essential aspects of human existence including food, shelter, health, happiness that get manifested during acts of violence including suicide, domestic and workplace abuse, homicide/gang, drug overdose and also global terrorism. It is evident that violence of any kind described above is not good for business – leads to increase in health and insurance costs, exposure to brand reputation, the risk of losing customer trust and marketplace, and leading to a climate of fear and insecurity that in turn harms economics, trade and commerce.”

Join us in conversation with this innovative leader and social changemaker! 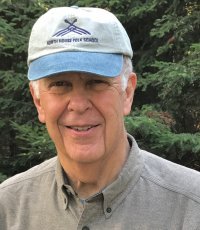