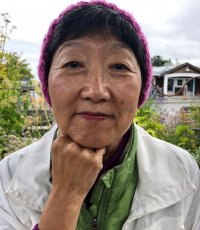 Angela Oh is an attorney, ordained Zen Buddhist priest, and nationally recognized expert on race relations and conflict resolution who has spent a lifetime utilizing a range of internal and external tools to help bridge cultural divides across race and religion.

A second-generation Korean American woman, Angela was raised in California in an era when certain neighborhoods were not welcoming of her family because of their ethnic origins. Her civil rights work dates back to law school, when she was arrested during an anti-apartheid protest. In graduate school she was involved in the labor movement, particularly active around health and safety issues for workers.

Her work in holding space for peace began in 1992 during the implosion of Los Angeles after the acquittal verdict of four police officers following the videotaped police beating of Rodney King. She had just become incoming president of the Korean American Bar Association when many ethnic Korean businesses were destroyed from the resulting Los Angeles riots following the verdict. Angela used her powerful gift of speech, which had served her well as a trial lawyer, to become a clear spokesperson and mediator, speaking to the precarious position of the Korean American community vis-à-vis both the white majority and the African American minority, and to the underlying economic and demographic changes that gave rise to the tension. Since that time she has worked tirelessly to overcome divisiveness influenced by racial, gender, religious and intergenerational differences in the arenas of law, higher education, politics, and community-based advocacy.

In 1997 Ms. Oh was named to the Advisory Board of President Bill Clinton’s One America Initiative. A principal legacy of the seven-member Advisory Board was the collection and publication of “best practices” for racial reconciliation and guidelines for communities to discuss how to address racial and ethnic divisions in mutually productive ways.

Angela has been a practitioner of Zazen (sitting Zen) for more than two decades, since 1999. Her role in both mediation and meditation is to support a healing process for individuals and communities. Clarity and healing began for her after she studied with Tenshin Tanouye Rotaishi, the founding teacher and Archbishop of Daihonzan Chozen-ji/International Zen Dojo, a Zen monastery in Hawaii .

In the past thirty years, Angela has had several roles including serving as executive of a nonprofit dedicated to peaceful resolution of conflict; as a criminal defense and civil rights attorney in private practice; as a political and community activist; and as a traveling Zen meditation instructor. In 2014, Angela co-created the Gift of Compassion, a program of Commonweal. The program supports building a contemplative practice as a tool or healing through meditation. Since its inception, the program has brought access to learning healing practices to underserved and under-resourced segments of society: prisoners returning to community, young adults transitioning from the foster system, and social change/social justice activists.

Based in Southern California, Angela serves as a mediator with the California Department of Fair Employment and Housing (DFEH), a state agency that enforces the civil rights laws of California. Her work involves cases that allege discrimination and harassment related to employment, housing, denial of services or accommodations, as well as hate crimes and human trafficking.

Ms. Oh is a graduate of the University of California, Los Angeles, where she earned her Bachelor of Arts and Masters in Public Health degrees. Her Juris Doctor (JD) is from King Hall at the University of California Davis School of Law. She was the Chair of US Senator Barbara Boxer’s Federal Judicial Nominations Committee for two years; she was a Lawyer Delegate to the Ninth Circuit Judicial Conference; and she served as a member of the Federal Magistrate Judge Selection Panel in the Central District of California for three years.

Between 1998 and 2002, Angela left the full-time practice of law to study, teach, and write. Her speeches and writings reflect the opportunities and challenges that diversity presents. Ms. Oh’s lectures have taken her into both national and international arenas, including China, Korea, the Middle East, Northern Ireland, and the United Kingdom. In 2002, she published a collection of essays entitled Open: One Woman’s Journey, published by UCLA’s Asian American Studies Department.

Oh’s community and professional involvements include serving as Commissioner to the Los Angeles City Human Relations Commission.  She is a founding member of the National Asian Pacific American Bar Association and a recipient of its Trailblazer Award. She also was a founder of the Multi-Cultural Bar Alliance in Los Angeles. She has received much recognition over the years, including the UCLA Alumni Award for Community Service, the UCLA School of Public Health Alumni Award for Community Leadership, and the UC Davis School of Law’s Alumni of the Year Award.

The name Angela means “messenger”. With her eloquence and visionary leadership, Angela Oh’s life embodies this meaning. In her own words, her message is one of timelessness and presence: “We are all in fact connected, whether we want to recognize it or not.”  In describing her life’s work, she says, “All of the different roles I have played in my career are part of my very deep search for a space where people who have a conscience and an awareness of our common destiny can connect.”

Join us in conversation with this inspirational leader and compassionate peacemaker!

The thing that makes me come alive is standing at the edge of land and water and experiencing the intense connection between different universes meeting -- and it is very similar to the feeling of witnessing the moment when two conflicted parties reach a place of resolution so that peace and a new chapter can begin. There's something very hopeful about recognizing the place where "unknown" resides.

The implosion of Los Angeles in 1992 and the attendant damage to the spiritual and psychic damage that was sustained by the communities that lived there. While there were thousands of family-owned businesses destroyed and billions in property loss sustained, the emotion of fear and distrust had culminated to the point where we experienced exactly what we know can happen when love, compassion, and deep self-reflection is absent.

I'll never forget the image of an elder, moving without his cane to catch up with us to offer a donation of cash to Pancho as we were walking El Camino de Una Familia Tierra, a pilgrimage to honor the sacred act of migration. The man had been walking with a cane/stick and he and his wife stepped aside to allow us to pass on the sidewalk because they were aware of their slow pace. Upon meeting, Pancho explained the purpose of our walk and the pilgrimage; I kept walking slowly. Then, Pancho caught up and joined. Then, within a few seconds, a voice was asking us to wait and upon turning around, we watched as this man seemed to jog toward us, without his cane, and when he reached us he pressed a bill into Pancho's hand. He and we all had tears in that moment. Pancho did ot receive cash on this journey, but in this one instance he made and exception in recognizing the sincerity and love of this complete stranger on the street. It was and unforgettable moment of kindness in all directions.

To visit the country of Bhutan and to meet those whose life work it is to ensure that the teachings of their kingdom stay alive. 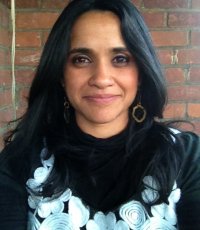 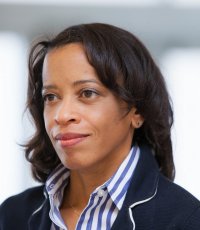