HEAL-ing Others and Paying Forward the Blessings 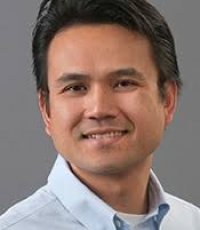 “As much as I’ve been blessed with, what I expect of myself is to focus on health disparities and have it be my life’s work.” -- Dr. Phuoc Le

Dr. Phuoc Le has long been an advocate for equitable healthcare worldwide. These days, Dr. Le wears many hats, from physician to professor to researcher to director to co-founder of the HEAL (Health, Equity, Action, and Leadership) Initiative, which trains front-line health professionals in order to build a community dedicated to serving the underserved.  No matter where his work takes him, he approaches it with commitment and devotion.

Dr. Phuoc Le, whose name means “blessing” or “good fortune” in both Vietnamese and Chinese, was born a year after the end of the Vietnam War, and at the age of 5, fled the country with his family by boat to seek asylum in Hong Kong. “I was among the refugees, known as the boat people, escaping Communism in the late 70s, early 80s, after the Viet Nam war,” he recalls. “I remember being about four or five, clinging onto my mother’s back as she moved from one part of the boat we were on to another; a huge wave hit and we fell into the South China Sea. My uncle dove in and pulled us out otherwise it would have been certain death. After that, we were in a Chinese refugee camp, in Hong Kong, for about a year and my mom worked in a factory sewing Jordache jeans.”

It was there, within a refugee camp in Hong Kong, that young Phuoc had his first contact with a functional public health system, and was cured within days of the parasitic disease that had ailed him since he was a toddler. Later, as an undergraduate at Dartmouth College in Hanover, N.H., he realized he had been one of the health disparity victims described by medical anthropologist Paul E. Farmer, PhD, MD, in his books.  And so Phuoc committed his life to addressing such disparities for other underserved populations around the globe.

After growing up in Kansas and California, Phuoc went on to graduate from Dartmouth with a double major in Biochemistry and Molecular Biology and Asian and Middle Eastern Languages and Literatures. He then attended medical school at Stanford University where he earned his M.D. While at Stanford, Dr. Le also obtained a Master’s of Public Health from UC Berkeley with a focus on global health. He completed his residency at Harvard’s Brigham and Women’s Hospital and Massachusetts General Hospital in Internal Medicine, Pediatrics, and Global Health Equity. During this time, he worked with the NGO Partners in Health (PIH) to provide equitable health care in Rwanda, Lesotho, Malawi, and post-earthquake Haiti. Dr. Le also participated in community health and anthropological research in Tibet, Shanghai, and Qinghai, PRC, and Geneva, Switzerland.

“I was a resident at Harvard [University in Cambridge, Mass.] in 2007 when I went to Haiti with Paul Farmer and a few other residents involved in the [nonprofit] Partners in Health,” he recalls. “I’ll never forget that the trip from Port-au-Prince to the hospital was only about 120 miles, and it took eight hours in a four-wheel drive vehicle to get there. They didn’t want us residents to suffer that trip, so they got a bunch of volunteer pilots to fly us in a single-engine plane, which took about 20 minutes. We got there, had lunch and dinner, and it was during dinner that the group coming by vehicle finally arrived. It just dawned on me. These are things you don’t have a visceral feeling for until you see them. These people were tired because they had driven all day. What if I had been a patient and had to travel 120 miles and was sick? Would I have lasted eight hours to go that small distance? This is just one example of many structural problems that need to be addressed.”

Dr. Le currently is an Assistant Clinical Professor of Medicine and Pediatrics at the University of California, San Francisco (UCSF), where he splits his time between both departments as a hospitalist. With Dr. Sriram Shamasunder, he co-founded and co-directs the nation’s first Global Health-Hospital Medicine Fellowship at UCSF, which aims to train hospitalists to work in resource-poor settings, and also co-founded the HEAL Initiative in 2014.  He also directs the Global Health Pathway for the Pediatric Residency; serves as director of international rotations for the Internal Medicine Residency; and is a visiting Assistant Professor at the University of California, Berkeley School of Public Health, where he directs the Interdisciplinary Masters of Public Health Program.

In 2015 Phuoc’s medical team was given the Humanitarian Service award by the Society of Hospital Medicine and Phuoc was named a “Top Doc” by the magazine ACP Hospitalist.

Dr. Le continues to work with PIH several months a year, whose mission is to provide healthcare to the world's poor in their homes and communities, and collaborate with local government officials and the world’s leading medical and academic institutions to strengthen health systems.

“For the vast majority of people, it doesn’t turn out the way it did for me,” says Dr. Le. “As much as I’ve been blessed with, what I expect of myself is to focus on health disparities and have it be my life’s work.”

Join us in conversation with this gifted humanitarian and healer! 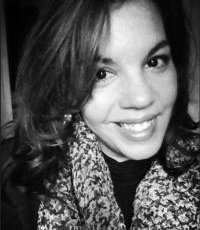 How Morocco Changed My Life