“We are here to learn from each other, to share our various neurotic life strategies in a safe space, so we can then laugh uproariously at them together, in a spirit of dumbfounded incredulity.” – Jeff Warren

Jeff Warren came to meditation by chance, while working as a journalist and writing a book about consciousness, The Head Trip: Adventures on the Wheel of Consciousness (2007), which went on to be named one of the Top 10 Books about Consciousness in The Guardian. Seeking to connect the neuroscience of consciousness with individual, inner experience, Warren decided to become his own guinea pig. So, he packed his bags and headed to a one-week meditation retreat in Scotland with the Friends of the Western Buddhist Order. Little did he realize the life journey on which he would be embarking.

There at the retreat, as he recalls in his recent interview with Robert Wright, he found himself to be “a terrible meditator.” Encountering his own distractible, worry-prone mind and facing an ambiguous territory of jargon that was different from one meditation teacher to the next yet always seemed to posit itself as definitive, Jeff felt the need for a fundamental approach to the practice. Yet in keeping with his practice, he felt himself becoming more attuned to his own mind’s unique habits and the ways in which those habits led him to disconnect from others.

In 2008, he met his teacher Shinzen Young, who eventually urged him to become a teacher as well. Three years later, The Consciousness Explorers Club (CEC), a local and global community of individuals seeking to explore and gain greater understanding of their own minds and bodies, was born. As he describes it, the CEC is meant “to make meditation and personal growth practices fun and relevant and accessible to all.” Drawing upon a variety of traditions and therapeutic modalities, members of the CEC embark upon mini-journeys of self-discovery on which, as Jeff puts it, “everything human can be a theme.” From this pluralistic, creative approach to crafting one’s own practice grows a community of student-teachers—both their own and one another’s.

With a hearty, heart-warming, eccentric (and perhaps, as he would call it, nerdy) peppering of humor, Jeff Warren always reminds us of our humanity. His most recent book, Meditation for Skeptics: A 10% Happier How-to-Book (2017), co-authored with ABC News Correspondent Dan Harris and Carley Adler, is there to help anyone begin to meditate. Warren also provides courses and leads online guided meditations, which can be found on his website and on 10% happier. Whoever we are and whatever it may be, Warren believes that there’s a practice out there for everyone—including the initially most incredulous.

Join us in conversation with this lively guide and catalyst!

dancing and teaching and travelling and reading and exploring consciousness and attempting to write / communicate / gesticulate about the mystical magical weirdness and privilege of existing at this exact moment that I am only now as I write this remembering to come back to. Also whales and trees and hearty soups.

When I broke my neck at 20 years old, falling out of a tree. At the time I was determined to take take no life lessons from it, or from any of the many other ridiculous party injuries I sustained in my quest for endless stimulation and novelty. But the brain damage changed my consciousness anyway. It sent me on a trajectory that eventually led me to here, to being a professional meditation teacher obsessed with expanding awareness into every miserable and beautiful little nook and cranny of life.

My first great teacher Shinzen Young, who gave me the tools to save my life, but did it with zero pretension or need to be celebrated or even appreciated. His kindness was casual and matter-of-fact, and yet it had a larger practical impact than any other.

Hike in Japanese mountains and sit / stay / learn in various temples along the way. 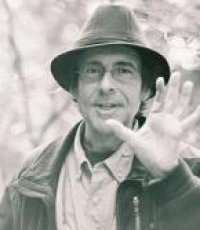