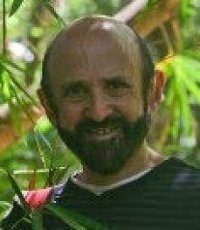 Myron Eshowsky embodies many roles -- among them, that of mediator, shamanic healer and co-director of the Social Health Care Program for Syrian Refugees based in Jordan, which provides direct services and training in trauma treatment for Syrian families displaced by the conflicts. Between 1987-1994 he worked as a shamanic healer in a community mental health center, and was the first shamanic healer to be covered by a U.S. health insurance plan specifically for spiritual healing.

Widely published in professional journals, he is the author of Peace with Cancer: Shamanism as a Spiritual Approach to Healing. Watching his own father struggle with and ultimately succumb to cancer deepened his commitment to explore the spiritual, physical and environmental terrains of illness. His book draws upon that journey as well as with his work with individuals diagnosed with cancer, including survivors of Chernobyl, Vietnam Vets, people with AIDS, leukemia and many other cancers and acute conditions.

Eshowsky has consulted throughout the U.S. and globally working with the trauma healing needs of communities ravaged by violence including gangs, at-risk youth, child soldiers in Africa, and more. For the last 30 years, he has studied extensively how indigenous cultures address the healing of trauma and conflict.

In many ways the preparation for this life path began at his birth. Eshowsky was born with congenital severe hearing loss, a condition affecting not only the range of sounds he hears, but also what words he can discriminate. In essence the sound ranges he hears most clearly are the vowel sounds. Through years of developing and recognizing skills for being in the hearing world, it became clear to him how much the skill of listening is core to the process of peacemaking and healing. He listens with his heart and something he calls intuition. In the indigenous healing practice he conducts, he listens to what is going on in this world and also to the other world, the spirit realm that requires a type of going in and connecting where he hears everything perfectly.

As a young child, his great aunt, a self-described "dreaming woman" taught him her spiritual practices of dreaming to the spirits and how she did healing work. He would come to understand those methodologies as “shamanism.” His success in employing shamanic counseling approaches in addressing psychological, emotional, and spiritual problem led the drug/alcohol unit of his agency to refer clients with a history of severe addiction and significant mental health issues to him. He subsequently worked with at-risk youth and gangs and provided programs for mental health centers, community-based anti-violence groups, hospitals, health maintenance organizations, public schools, and prisons.

His activism began as a child. As the only Jewish family in a very poor, white neighborhood during the 1950's, he was frequently the target of violence and hate crimes. Many of the people were from the Southern U.S. who had moved north for industrial jobs. It was a time when Christianity was practiced in the local public schools. There was a brief time when he was not on the hate list and was invited to play baseball and participate in all the games. A young soldier had moved into the neighborhood with his Japanese wife and their bi-racial children. These children became the new target. One day the lead bully mobilized an attack. Everyone was grabbing stones and Eshowsky was pulled into the group energy. Quickly, he saw the terror in the young children and dropped the stones. He walked away, never to play in the neighborhood again. Young as he was, it hit him that none of them were separate and he could not do to another what was done to him. This and other childhood experiences, taught him that wounding cuts deep into the souls of all things. It is not easily or quickly healed, and it leaves scars.

Today Eshowsky heals those wounds through deep listening. Deep listening is not just with our ears, but with all of our being. Eshowsky learned how to talk by putting his hands on his throat and the throat of his teacher and try to meet the vibrations of his therapist. When he met her vibration in himself, there was the feeling of harmony with another human being. He says that deep listening requires getting to that place where your vibration and the other’s vibration are in harmony. When people are in a really strong emotional connection and hearing each other, their heart beats meet. When we listen in such a way that we are connecting with the actual sense of being alive, of being connected to all life, and at a much slower way of being -- deep connections are forged. That’s the lesson that carried Eshowsky through the storms -- listening with the body, with our feelings as another talks, with the heart and with something larger. He teaches that in that deep listening, we connect, we move beyond ourselves, we understand.

He has taken this insight into his work with hurting and wounded children. He shamanic drumming programs with adolescents that include a mix of activities -- storytelling, journeying, healing work, dancing, spiritual divination, and group ceremonies. He not only engages them in drumming, but also teaches them to journey on their own. He says that this provides healing and a sense of belonging that helps clients understand who they are. He loves being able to drum with them, to dance, to share music, to experience their creativity whether poetry, storytelling, dance, music, theater, and the times when the “lightbulb” goes off and new understandings and ideas emerge.

Eshowsky believes that the undercurrent of fear in our society today is related to the massive numbers of people being displaced, a number only set to increase with climate change. Whether conscious of it or not, he believes we all sense the implications and, tempting as it might be to disconnect at this time and give in to the illusion of personal security, it is even more important that we engage in deep listening, and collectively move beyond what we think we know because that is the only way we will get to a place of peace.

Eshowsky’s deepest belief is that most people want to live in a kind and gentle world. They want to be loving, but they don’t believe it is possible. Eshowsky suggests that if we listen deeply, listen to something bigger, we can get a better sense of what might be going on and what we might be able to do, for example, to be kind. For Eshowsky, deep listening is healing, spiritual activism, and peacemaking.

Join us on in conversation with this unique change-maker!

The minds of teenagers really inspire me. To follow the questions that float through their minds and the dreams they hold. I love when we can drum together, dance, share music, when creativity happens..whether that is poetry, story telling, dance, music, theater; and the moments when the "lightbulb" goes off in their minds and new understandings/ideas emerge.

We were the only Jewish family in a very poor white neighborhood during the 1950's. Many of the people were from the southern U.S. who had moved north for industrial jobs. It was a time when Christianity was practiced in the local public schools. I was the frequent target of violence and hate crimes. There was a brief window where I wasn't on the hate list and I was invited to play baseball and participate in all the games. A young soldier moved in with his Japanese wife and their bi-racial children. Since Japanese people in the post WWII era was lower on the positive scale than Jews, these children became the new target. One day the lead bully said "let's throw rocks at the Nips". Everyone was grabbing stones and I was pulled into the group energy. Quickly, I saw the terror in the young children and I dropped the stones. I walked away,never to play in the neighborhood again. Though I was young, it hit me that none of us were separate and I could not do to another what was done to me.

When I first started working with Syrian refugees, I was interviewing families who had lost everything and literally had nothing. I remember sitting with a widowed mother and her children who insisted on making me tea and sharing what little food they had. The children though very young all wanted to make sure I was happy. Despite their own discomforts, their kindness was effusive.

running in a fun run with our oldest granddaughter.

Things are not always as they appear, look more deeply and try to understand the context that explains what we witness...and the other, What we give love, we give life. 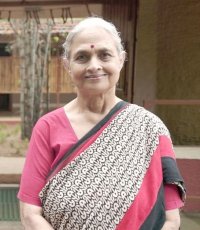 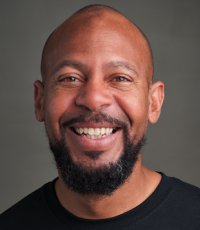 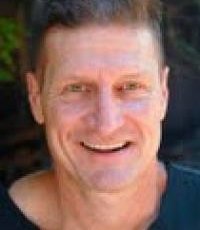