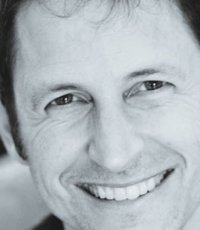 Ari Nessel is a real estate developer in the Bay Area. As president of Nessel Development, Ari oversees the acquisition and improvement of properties including people-centric renovation, planet-saving materials and profit-generating business practices. Ari focuses his attention on locating, structuring and negotiating acquisitions and adding value to those properties through renovations, energy savings, and managerial improvements.

After making a fortune in Dallas real estate, and “struggl[ing] as I tried to reconcile my desire to bring more compassion and consciousness to this often sad world with my efforts to create personal wealth as a real estate developer,” Ari committed to give back. Yet he noticed that modern-day philanthropy tends to hold a disconnect between the funders and those who are doing the work. So he decided to seed projects rather than fund them, and has embarked on an experiment to give away $1,000 a day, every day, for the rest of his life. "My experience is that transformation happens on the fringes and in the micro areas and the individuals," he explains. "It doesn't happen on a large scale, it happens through all these people coming together in communities."

So even as he continues his real estate development work in the Bay Area, Ari founded and has become president of The Pollination Project, which makes $1000 seed grants and loans daily to individual change-makers to make their communities and their world a better place. The Pollination Project focuses on passionate individuals working for the benefit of people, planet and animals in areas like environmental sustainability, social justice and community health and wellness. Since it started on January 1, 2013, the Project has provided funding to nearly 1000 seed grants in 55 countries. Its grantees have gone on to win prestigious awards, be featured in international news outlets, and gain additional financial support. “Many of them say that it was our belief in them that helped their project grow,” Ari says.

After an epiphany in 1997 changed the way Ari related to food, his heart opened up to the impact every person’s life has on countless beings and the world at large. Soon after this insight, Ari began his journey, which has culminated in the Pollination Project and in Ari’s devotion to a life of non-violence in the broadest sense of the word. He supports the practice of non-violence, as well as his business efforts, through a consistent practice of hatha yoga, meditation and veganism (not eating any animal flesh or by-products). Outside of work, Ari teaches yoga and meditation, and has been featured in Yoga Journal. He lives in the Bay Area, CA with his wife, a doctor who cares for underserved populations, their two young sons, a dog and several chickens. Ari teaches meditation and yoga workshops and strives to spread more compassion and generosity in the world.

Being in relationship with others who are expressing their compassionate while also being grounded in the present moment.... pushing my edges... playing with my two sons... being with animals... noticing fully the feel of a breath move through the body...

I am participating in a two year training program at Spirit Rock Meditation Center which includes five 7 day retreats. The fourth retreat was this past month. However, something came up in my work which didn't allow me the time to attend. However, the teachers allowed me to come to the evening sessions. I made time to come to the fourth evening. I thought everyone was going to be deep in their silence and practice and hoped to hardly be noticed, so as not to disturb anyone. As I walked up by the meditation center one of the teachers called out my name with a huge smile and hug. Between my walk from outside the hall, to the place I put my jacket and shoes and into the meditation call, I received around 20 hugs, greetings and well-wishes. Even when I got into the hall, people bowed to me and smiled. The experience transformed my worry about disturbing their practice into a deepening of sangha (community), and an appreciation for the these loving relationships. I felt seen and acknowledged in a way I never expected, and never thought I even hoped to. I left encouraged to do the same for others after going long periods without seeing them. Everyday I have two role models for this in our dogs, who always greet me with joy and exuberance.

Frankly, I've been letting go of my bucket lists. However, I guess if I had to pick one thing it would be to face death with equanimity, fearlessness, and a smile.

We all have at least one unique expression of goodness. What is yours? What will support you in expressing it more fully? 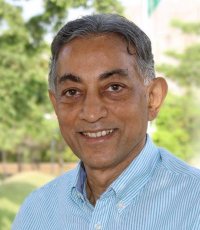