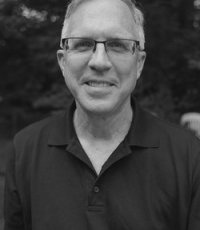 David Bollier is an author, activist, blogger and consultant who explores "the commons" as a new paradigm of economics, politics and culture.  "The commons is not an ideology so much as a lens and language for understanding the things that we share -- something that, in our market culture of extreme individualism and private property rights, often goes unnamed," he says.  "Commons include our systems to manage actual physical assets for public benefit (public forests, minerals, broadcast airwaves) as well as knowledge and culture, and our traditions, values and common humanity.  All of these are endangered by various 'enclosures' by businesses and governments that seek to convert our common wealth into commodities sold in the market or managed by bureaucracies."

"The idea of the commons lets us begin to carve out new social and institutional spaces to manage these things ourselves, directly. The commons lets us name the many elements of our common wealth, and helps us build new forms of self-governance and self-provisioning outside of the market and the state.  There is a growing international movement of self-identified commoners who are working in diverse areas both to fight enclosures and to create constructive commons-based alternatives."  He notes that "trust, reciprocity, a history of shared commitment, and a robust community can overcome many of the alleged failures of the commons—and sometimes they do. While 'tragic' failures of the commons and free-riding on public commodities certainly do occur, they do not represent the final word, or even an accurate generalization, about the capacity of individuals to pursue common goals.​"

In 2010, Bollier co-founded the Commons Strategies Group, a consulting project that works to promote the commons internationally.  His work on the commons takes many forms -- as an author and blogger; frequent international speaker; conference and workshop organizer; contributor to book anthologies; designer of courses on the commons; and advisor and strategist.  He has hosted an educational film, This Land Is Our Land: The Fight to Reclaim the Commons; taught "The Rise of the Commons" course at Amherst College as the Croxton Lecturer in 2010; and served an expert witness for the “design commons” in a trademark lawsuit.

Bollier was Founding Editor of Onthecommons.org and a Fellow of On the Commons from 2004 to 2010.  He has written, co-authored or co-edited twelve books.  His first book on the commons was Silent Theft: The Private Plunder of Our Commons Wealth (2002), a far-ranging survey of market enclosures of shared resources, from public lands and the airwaves to creativity and knowledge.  Then he extended this analysis in his 2005 book, Brand Name Bullies: The Quest to Own and Control Culture, which documents the vast expansion of copyright and trademark law over the past generation that has enclosed our cultural commons.  In 2009, he published Viral Spiral: How the Commoners Built a Digital Republic of Their Own, which describes the rise of free software, free culture, and the movements behind open business models, open science, open educational resources and new modes of Internet-enabled citizenship.

According to David, the book that most encapsulates his thinking on the commons is his 2014 book, Think Like a Commoner: A Short Introduction to the Commons, which he notes "has the virtue of being relatively short as well."  Two of his other notable and recent books on the commons include The Wealth of the Commons: A World Beyond Market and State (September 2012), which he co-edited with Silke Helfrich; and Green Governance: Ecological Survival, Human Rights and the Commons (early 2013, Cambridge University Press), which he co-authored with Professor Burns H. Weston.  In 2014, he also co-edited, with John Henry Clippinger, From Bitcoin to Burning Man and Beyond: The Quest for Identity and Autonomy in a Digital Society.  The anthology of 15 essays describes new tech developments that are enabling new forms of self-organized governance, secure digital identity and user control over personal data
.
From 1984 to 2010, Bollier worked with American television writer/producer Norman Lear on a variety of non-television, public affairs projects.  For many years, also, he was Senior Fellow at the Norman Lear Center at the USC Annenberg School for Communication and co-founder and board member (2001-2011) of Public Knowledge, a Washington policy advocacy organization dedicated to protecting the information commons.  In 2012, he won the Bosch Berlin Prize in Public Policy for his commons work from the American Academy in Berlin.

He lives in Amherst, Massachusetts.

As someone who has spend years in the worlds of political and policy advocacy -- a place where so much change can and must occur -- I have found the vision and language used to discuss things to be self-serving, propagandistic, cynical, etc. Working on the commons as a new language for entering into politics and culture, and changing both, and individuals, is extremely satisfying. The commons can serve as a very effective vehicle for reclaiming the things that we all share, regardless of differences of experience, tradition, etc., but also a way to honor our best inner impulses and speak truth to power. When I see people taking charge of their own lives as commoners -- through their own commons for food, local forests, fisheries, digital information, timebanks, alternative currencies, and much else -- I become hopeful about the future and optimistic about human potential.

Working with Ralph Nader in the 1970s. He offered convincing proof that the commitment, courage and ingenuity of one person can make a difference -- and that such an orientation to the world is tremendously satisfying.

A generous, wholly unexpected gift of money from another mentor, which allowed me to continue my work on the commons, well before the topic began to gain greater credibility and visibility.

Finding time for a six-month sabbatical to study the science of aliveness and consciousness, beyond the reductionist categories used by conventional science.

Despite being born into a modern worldview that stunts our knowledge and empathy, we have the capacity to emancipate ourselves, collectively, if we apply ourselves with conviction and creativity. 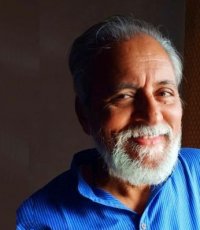 Learning to Live Together Via Difficult Conversations 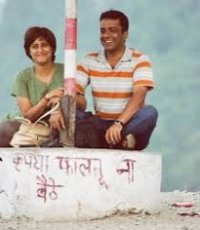