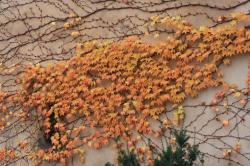 Misers, whose absorption in means is pathological, are generally recognized to be unwise, but minor forms of the same malady are apt to receive undue commendation.  Without some consciousness of ends, life becomes dismal and colorless; ultimately the need for excitement too often finds a worse outlet than it would otherwise have done, in war or cruelty or intrigue or some other destructive activity.

Men who boast of being what is called "practical" are for the most part exclusively preoccupied with means.  But theirs is only one-half of wisdom.  When we take account of the other half, which is concerned with ends, the economic process and the whole of human life take on an entirely new aspect.  We ask no longer: what have the producers produced, and what has consumption enabled the consumers in their turn to produce?  We ask instead: what has there been in the lives of consumers and producers to make them glad to be alive?  What have they felt or known or done that could justify their creation?  Have they experienced the glory of new knowledge?  Have they known love and friendship?  Have they rejoiced in sunshine and the spring and the smell of flowers?  Have they felt the joy of life that simple communities express in dance and song?

Once in Los Angeles I was taken to see the Mexican colony - idle vagabonds, I was told, but to me they seemed to be enjoying more of what makes life a boon and not a curse than fell to the lot of my anxious hard-working hosts. When I tried to explain this feeling, however, I was met with a blank and total lack of comprehension.

People do not always remember that politics, economics, and social organization generally, belong in the realm of means, not ends. Our political and social thinking is prone to what may be called the "administrator's fallacy," by which I mean the habit of looking upon a society as a systematic whole, of a sort that is thought good if it is pleasant to contemplate as a model of order, a planned organism with parts neatly dovetailed into each other. But a society does not, or at least should not, exist to satisfy an external survey, but to bring a good life to the individuals who compose it. It is in the individuals, not in the whole, that ultimate value is to be sought. A good society is a means to a good life for those who compose it, not something having a separate kind of excellence on its own account.

--Bertrand Russell, in "Authority and the Individual"