The Lovely State of Observation 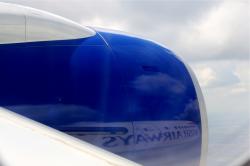 There are two parts of life. Motion and motionlessness. Movement is one part of life but to be in a state of no movement is also a substantial part of our life. Speech is one aspect, one part of life, unconditional silence is also a substance of life. Form and formlessness, sound and silence, motion and motionlessness, light and darkness, birth and death, the two together constitute the wholeness of life. Man has created a contradiction between the two, man looks upon them as an opposition to life. Is there a contradiction between birth and death or is life a continuity, an eternal ocean of ISNESS on which there are bubbles of birth and death?

Silence is as much a substantial part of our lives to which we are not introduced. Motionlessness is a state of our being to which we are not introduced, The way we live, we go on collecting things on the material level, knowledge on the intellectual level, experience on the sensual and psychological level. We go on acquiring and the I, the Me, the Ego that goes on acquiring becomes stronger by every experience, with every achievement and we create an enclosure around us by our own knowledge, experience, possessions. In that enclosure we live and we feel secure in that, We live secluded, isolated from the Whole, because of the sense of possessions.

Meditation is coming home, to relax, to rest. If that takes place and one finds that though one has withdrawn and retired from activity, the inner movement goes on, thoughts come up, memories come up, then you begin to observe them. Till now you were busy carrying out functional roles, you were either the doer or the experience. From these two roles you have set yourself free voluntarily. You are now the observer. The inner movements come up, the involuntary movement comes up though the voluntary has been discontinued. You sit there quietly, you do not prepare to see, but if thoughts appear, then they are seen by you. It is a lovely state, the state of observation.