I Have No Need For An Enemy 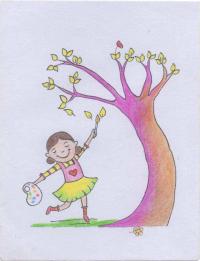 In passing my sentence, the judge said, “There’s no hope that you can ever be rehabilitated.” My sentence of 60-90 years was a tragic and too predictable end of the road I’d been traveling. Quite logically, I considered taking my own life. But in the end, I determined to live. I don’t mean I decided merely not to die, but to really be alive from that point on, to embrace life and find some meaning and truth I could live by and for.

It began with me. I became obsessed with the question of what went wrong and how to set it right. I wanted to know where my brokenness started. Was it mine alone or was I one fracture in a much larger disintegration? [...] As I began to wake up, I found myself concerned for other individuals and for us as a whole. I was developing social consciousness, which soon turned into social activism.

This view served me for a while, giving me a sense of moral order. But I soon realized that my activism wasn’t very different from my earlier anger. In fact, my anger had crept back in, only now it was wrapped up in the sense that I was doing good and fighting evil. I hadn’t gotten rid of my anger at all, only justified it. I still had enemies, was still locked in opposition to them, and I still wanted to win, to destroy them. I’d moved from seeking my enemies’ physical destruction to seeking political, intellectual, social, and philosophic destruction, but it was still about enemies. My activism, like my previous thinking, was dualistic.

Over time this dualism gave way to my hunger for simple goodness. The catalyst for this change was nothing more noble than exhaustion. I was simply tired of being angry all the time, tired of waking up every morning to a battle. I needed some rest. This need led me away from easy moral certitude. I developed the ability to see things through the eyes of my enemies. I saw in them the same fear that had so long governed me. The same confusion, the same grasping for security, the same hunger for love. I saw their humanity, and this ruined me as a warrior.

But was this the end of my activism? For a while I thought it was, for who can be an activist without decisively taking sides? How could I fight against prisons when I empathized with the jailers?

I had spent most of my life splitting the world up into two sides, then fighting to defend one against the other. The game had strategies, a clear objective, a field of play, and an opponent. The game has rules and no matter which side we’re on, we’re bound by the rules. The poet Rumi pointed to something beyond this game when he said, “Out beyond ideas of wrongdoing and rightdoing there is a field. I’ll meet you there.”

When I began to see myself in others—even in my enemies—I found myself heading for Rumi’s field. Here the game is not a game. No one wins unless and until everyone wins. The line between victim and perpetrator no longer runs between “I” and “Other.” It now runs right through the center of my soul. I am both, as we are all both.

The third side is that little-represented side of healing. It’s the side that cares as much about the enemy as the friend, that says love is the only justice, the only victory there is. It does not want anyone destroyed. It does not want to win if someone else must lose. It wants something much larger than winning and losing.

Asking myself these questions I realized that enemies always serve a purpose. The war relationship is a symbiotic one in which the enemy on one side serves some need within the enemy on the other side, even while both protest this fact and claim they only fight because they have no choice.

I realized I do have a choice. Indeed, the freedom to choose how to respond may be the only total freedom we have. The world outside isn’t within our control, but this freedom always is.

I have no need for an enemy.

Excerpted from this an article, published in 2002 in Yes Magazine.

Seed questions for reflection: How do you relate to the notion that love is the only justice? Can you share a personal story of a time you were able to go to the third side of healing? What helps you see yourself in others, even your enemies?

Every week, we send out a digest with a reading and inspiring stories to our global community of 93,963 people. Subscribe below.