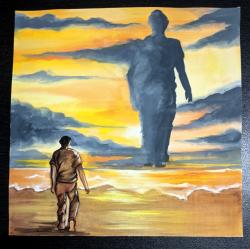 Seed questions for reflection: What do you make of the notion that 'when we reach out to touch another person, all we touch is our version of the other person, and all they touch is their version of us'? Can you share a personal story of a time you became aware of your own projections? What helps you let go of comparing?