Is serving different from helping or fixing? Can we design for impact and at the same time cultivate a field for transformation? How does one navigate the various intervention points for enduring systemic change? How might we nurture a culture of giving?  Join us for this conversation between two old friends- Venkat Krishnan and Nipun Mehta. A visionary and one of the most respected social change makers in India, Venkat Krishnan is the founder of GiveIndia, founding volunteer of Daan Utsav, a signatory of LivingMyPromise and  #EveryIndianVolunteering. Nipun Mehta is the founder of ServiceSpace, a global fully volunteer-run community at the intersection of technology, volunteerism and gift-economy with the motto “Change yourself, Change the World”. About Venkat See full. 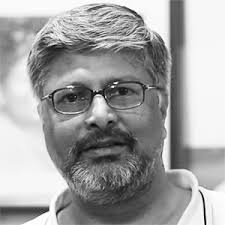