Tibetan Wisdom on Death and Dying 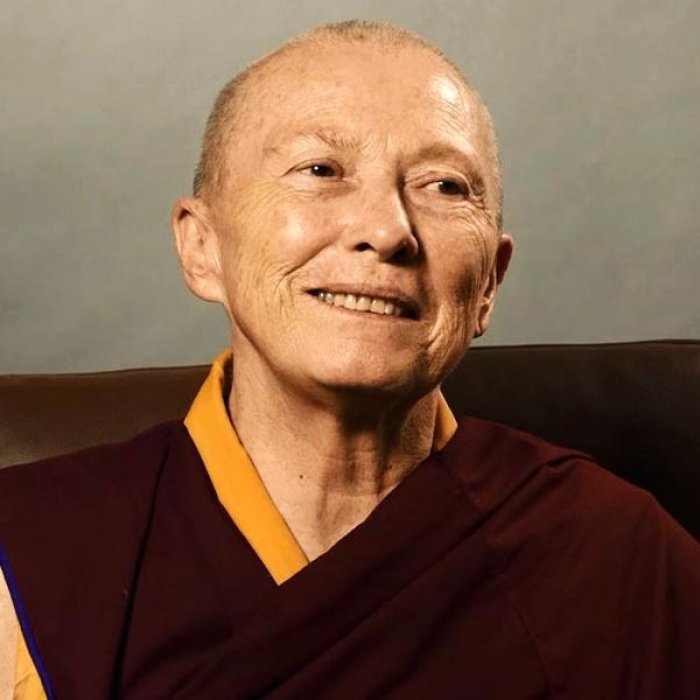 Ven. Karma Lekshe Tsomo has been a Buddhist nun for 40+ years, is a leading scholar at the intersection of spirituality and service, and a social activist who has pioneered monasticism for females. As a professor at the University of San Diego, she teaches Buddhism, World Religions, as well as Dying, Death, and Social Justice. She is co-founder of Sakyadhita, the first organization of women Buddhist teachers, and the founding director of the Jamyang Foundation, which supports the education of women and girls in the remote regions of the Himalayas and beyond. The topic of Death and Dying is what attracted her to Tibetan Buddhism, and in part, inspired her to ordain many decades ago; it has been an area of focus for her lifelong work.

Being teased as a teenager is rarely a trigger for life-changing serendipity, unless you're Karma Lekshe. Prior to ordaining as a Tibetan nun, her last name was "Zenn" and kids used to tease her -- "What are you, Zen Buddhist or something?" She didn't really understand the "insult", so she went to the library and checked out two books on it that would change her life. Little did those kids know that they were inadvertently sowing the seeds of a revolution in a 2500 year-old religion: Buddhism. Born in Delaware, raised in Hawaii by a "materialistic Dad" and a "Southern Baptist Mom", Karma Lekshe found her connection to spirituality while surfing the waves in Honolulu.

In between a surfing competition in Japan, Karma Lekshe casually visited some local monasteries. While on a continuing trip to India, she heard the teachings of Dalai Lama. Compelled by the Tibetan culture and spirituality in Dharamsala, she stayed for a year. When money ran out, she sold her guitar back at home and stayed another year. By 1987, she was ready to start her first project, without any money, for eight nuns who had recently walked out of Tibet. Today, with 115 students and many innovative programs, the Jamyang Foundation has revolutionized many cultural paradigms and is seen as a model for emerging initiatives.

Along the way, she was convinced that she wanted to become a nun, and dedicate her life to service. Except for one problem: no monastery would accept her, because she was a woman. So, Karma Lekshe started her own nunnery in the Himalayas and sure enough, became a Buddhist nun herself. Today, there are fifteen such nunneries across the remote regions of the Himalayas.

Through her well-researched academic work, Karma Lekshe also brings new insights to traditional interpretations of history. As a PhD in comparative philosophy, author of several books, founder of a Himalayan nonprofit, professor at University of San Diego, president of International Assocation of Buddhist Women, Karma Lekshe is an exemplar for leading an integrated life. "Practice rests on 3 pillars. Each path is individual but for me, meditation informs scholarship, scholarship informs social action, social action informs contemplation," she notes.

In the late 1980s, she was bit by a poisonous viper that could've ended her life. Her arm was paralyzed but she somehow survived. With an iron will and unwavering commitment, Karma Lekshe keeps on serving.

It is our privilege to host Venerable Karma Lekshe Tsomo as she shares her stories and insights around the universal phenomena of death and dying. To join, simply RSVP and you'll be emailed the details.