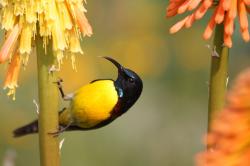 Never argue with one's own understanding.

The whisper of intelligence is always there, whatever you do.

If you create a time lag between the whisper of intelligence and understanding in you and your action, then you are preventing the cerebral organ from growing into a new dimension.  When you argue with intelligence, when you postpone acting according to understanding then there is confusion, the brain gets confused.

The voice of understanding, the voice of intelligence has an insecurity about it. How do you know that it is the right thing?

So we tend to ignore it.  Instead we accept authority.  We conform.

But the brain cannot be orderly, competent, accurate and precise if you do not listen to it, if you have no respect.  We are so busy with the outside world, and its compulsions, that the world that is inside us does not command that respect and reverence, that care and concern from us.

Sometimes one may commit a mistake, it might be the whim of the ego and we might mistake the whim, the wish of the ego for the voice of silence and intelligence, but that we have to discover.    Unless you commit mistakes, how do you learn to discriminate between the false and the true?  In learning there is bound to be a little insecurity, a possibility of committing mistakes.  Why should one be terribly afraid of committing mistakes?

So instead of accepting the authority of habits and conditionings, while one is moving one watches, and when there is a suggestion, a whisper from within, from one's own intelligence, one does not neglect, ignore, or insult that.

To eliminate the time lag between understanding and action is the way to grow into spontaneity.

This is such a wise and timely much article! In regards to learning to listen to the inner voice, "unless you commit mistakes, how do you learn to discriminate between the false and the true?" This said it all. . .

i am fortunate to be a part of this community.

Hey, i've just logged in to your site and only God knows how inspiring it is.

the article by V.Thakar is truly awesome.

Thanks a million and God Bless You Guys.

So well put. Now I can explain the concept to my teen age son. In my experience, the voice of ego is intense, demands and fears. The inner guide however, whispers in a peaceful, somewhat detached manner. It does not force its way.

I really loved this article. You truly have to appreciate one for taking the time to share there innermost thoughts and feelings. This article was put in my path for a reason and i am blessed to have read it this morning. Would love to read more of Vimala Thakar articles, i do hope that she will share more. Is there any other readings of hers that i can link to or recieve by email?

This site has been a blessing to me.