The Thread That Unites Wisdom Traditions 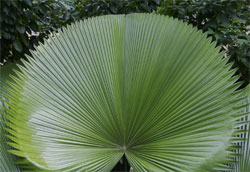 And that would mean, would have to mean, that the standard-issue human being is hardwired for spiritual realities. That is, the human organism itself seems to be hardwired for these deep spiritual patterns, although not necessarily for the specific ways that they show up in a particular religion, important as those are. Rather, the human being seems imbued by the realities suggested by these cross-cultural spiritual currents and patterns, with which individual religions and spiritual movements resonate, according to their own capacities and to their own degrees of fidelity. The simple recognition of these deep spiritual patterns would be the glimmering of an integral spirituality.

1. Spirit, by whatever name, exists.

2. Spirit, although existing "out there," is found "in here," or revealed within to the open heart and mind.

4. There is a way out of this fallen state (of sin or illusion or disharmony), there is a Path to our liberation.

5. If we follow this Path to its conclusion, the result is a Rebirth or Enlightenment, a direct experience of Spirit within and without, a Supreme Liberation, which

6. Marks the end of sin and suffering, and

7. Manifests in social action of mercy and compassion on behalf of all sentient beings.

The fog I feel today, the uncertainly of my abilities to find spirit is normal. It is okay, even if not pleasant. Knowing this will let me let it change.