The Alchemy of Bowing: Transformation Through Humility, Ethics, and Generosity “Bowing…can be considered a technology for changing one’s consciousness.  How will the world be better if I don’t change myself?”

About a year after being ordained a Buddhist monk at the City of Ten Thousand Buddhas in Talmage, California in 1976, Reverend Heng Sure undertook a walking pilgrimage along virtually the entire length of California’s coast, together with then-fellow Buddhist monastic Dr. Martin Verhoeven (formerly Heng Ch’au). The walking pilgrimage the pair embarked on consisted of taking “Three Steps, One Bow” throughout the 800-mile coastal journey on California's Highway 1, progressing at the pace of one mile per day. Maintaining a vow of total silence and eating only one meal a day, Rev. Heng Sure’s knees endured more than a million bends in the 2 years and 9 months of the journey, even bowing to gun-wielding men in three separate instances.

Much like the California landscape he encountered, the inner terrain traversed included both defilement and divine insight. The pilgrimage opened a humbling space of vulnerability and sensitivity where Heng Sure could closely observe how the microcosm of the self influences the macrocosm of the world, leading to a heightened awareness of how what he generated in the mind directly led to what manifested in the world -- how the more peaceful he became inside, the more peaceful the treatment he received from people on the outside.

Yet the pilgrimage never ended, initially extending for 3+ subsequent years of silent circumambulation of the Buddha Hall at the City of Ten Thousand Buddhas in the same three-steps-and-a-bow format, and then becoming a template and compass for a lifelong practice of inner and outer transformation that radiates through all he does -- across music, interfaith dialogue, vegan advocacy, Buddhist text translation, and lectures, seminars, and retreats around the world.

His monastic name could be translated as “Constantly Real” or “Fruition of Truth”, and it's impossible to meet Rev. Heng Sure without feeling the living vibrancy of its meaning. Whether humbly and disarmingly sharing how his teacher chose his name, or strumming his guitar to a folk ballad he composed, his words often land as simultaneously light and deep, both precise and expansive at the same time. Now more than 45 years in robes, he’s the most senior western monastic disciple of the late Venerable Chan Master Hsuan Hua, though his journey to Buddhism began much earlier.

Rev. Heng Sure was born Chistopher Russell Clowery to a Scotch-Irish Methodist family in Columbus, Ohio, growing up squarely in mainstream American culture "playing baseball and watching Mickey Mouse Club and gunfighter shows on television." At age 13, his aunt gave him a catalog of a Chinese painter’s exhibit, and the Chinese characters caught his eye, almost as if he’d seen them before. This sparked an interest in the Chinese language, which he was fortunate to learn in high school through one of the three such language programs in the country at public schools, which happened to be in Toledo where he lived. He soon happened upon the Sixth Patriarch’s Dharma-jewel, Platform Sutra in bilingual, Chinese-English translation, and realized that his heart was tuned to a Far Eastern faith tradition, not the Middle Eastern, Abrahamic stories of his parents’ generation.

Following the Chinese language all the way through university, he received his Master’s degree from UC Berkeley in Oriental languages, which set the stage for meeting his teacher after a short collegiate career as a theater actor. A fortuitous call from a former college roommate encouraged him to cross the Bay Bridge to Gold Mountain Monastery in San Francisco where the abbot was lecturing on the Avatamsaka Sutra. Passing the threshold of the monastery doors, his doubts and fears about his political anti-war activism, academic career, and folk musical inclinations all melted away. He distinctly heard a quiet voice saying, “You’re back. Go to work. You’re home.”

Master Hua, his eventual teacher, was a strict disciplinarian who taught Buddhism from its ethical foundations, emphasizing the importance of how you are as a person is equally important and in fact the very source of how you practice meditation. Inspired by the clarity and rigor of the teachings, as well as the example of other teachers in Master Hua’s lineage, Heng Sure asked for permission to go on a bowing and walking pilgrimage. Master Hua assented, but asked him to wait until his ‘dharma protector’ arrived. A year later, a martial artist named Martin Verhoeven arrived. Heng Sure recognized Martin’s desire and affinity to the pilgrimage, and took novice precepts and vows as a monastic to fulfill his role, armed only with the four weapons of a Bodhisattva: kindness, compassion, joy, and equanimity. “If either of you fights -- or even indulges in anger -- you will no longer be my disciples,” said their teacher before they began.

Thus encouraged by his teacher to see everything as a test, Heng Sure recognized that if he could transform his own greed, anger, and delusions, then perhaps he could do something to make the world more peaceful. In essence, the bowing practice boiled down to cleaning up the part of the unpeaceful world that he could control: his own thoughts and words. It was a pilgrimage for world peace, starting with his own mind. The pilgrims maintained a written correspondence with their teacher where they intimately shared their experiences and insights, which were later compiled and published as Highway Dharma Letters: Two Buddhist Pilgrims Write to Their Teacher, a remarkable spiritual diary of the modern era.

Rev. Heng Sure is the Managing Director of Berkeley Buddhist Monastery and an adjunct professor at Dharma Realm Buddhist University. He lectures worldwide on Buddhism, Buddhist texts, translation, meditation, interfaith dialogue, and plant-based eating. He serves as President of both Dharma Realm Buddhist Association and the Buddhist Text Translation Society. He’s fluent in Mandarin Chinese, French, and Japanese, and regularly leads lectures, seminars, and retreats around the globe including at the Parliament of World Religions. He’s a founding Trustee of the United Religions Initiative, a long-time trustee for the Interfaith Center at the Presidio, and on the core faculty of the Institute for World Religions. He also teaches Buddhist Philosophy at Bond University in Queensland, Australia. He earned a Ph.D. from the Graduate Theological Union in Berkeley.

A folk singer and guitarist who integrates his penetrating insights of reality with his “mainstream American” roots through the vehicle of song, Rev. Heng Sure has published three albums of original Buddhist folk music. His music and podcasts can be found at Dharma Radio, with his lectures available at DharmaRealm Live. His photography of the natural world can be found on his SmugMug site and Instagram @Rev.Heng Sure. A monk with many far-reaching talents, Rev. Heng Sure has been known to draw upon his puppeteering ability as skillful means to drive home fine points of the dharma.

Join Nipun Mehta in a special conversation with this remarkably humble and insightful pilgrim.

Five Questions with Rev. Heng Sure

Watching adult birds training their offspring in the ways of birds and recognizing similar frustrations and victories in my teaching of the living beings of my mind. Recognizing in the million year-old patterns of kookaburras clues to my own fundamental nature and how to transform it in service to young minds.

Hearing my teacher explain why he gave me the name "Fruition of Truth" on the day of my Taking Refuge and becoming his disciple. "I gave you that name because you lie too much," he said, with a smile. "You can't cultivate the Way if your mind is crooked by even a hair's breadth. And you have told lies for lifetime after lifetime. When are you going to stop lying?"

My father's birthday gift to me of a baritone ukulele, after he had forbidden me to touch it and then scolding me when I couldn't keep my hands off it. He wrote on the birthday card, "May the music of this instrument never replace the music in your heart."

Finishing my first, second and third novel focused on a fifteen year old Buddhist novice monk who explores life in a monastic community, gets in trouble with the authorities, uses his courage and pluck and steadfast faith to solve real-world problems and who regularly gets dazzled by the magic of the myriad universes unfolding around and within him. 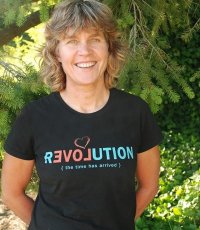 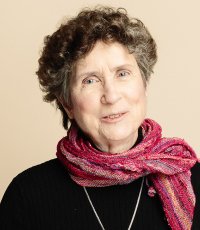