Reimagining Capitalism and Business as Usual in a World on Fire It’s not often one finds within the halls of Harvard Business School warnings that capitalism is on the verge of destroying the planet and destabilizing society.  Yet Dr. Rebecca Henderson, one of only 25 University Professors at Harvard University, with a joint appointment at the Harvard Business School, is doing just that.  Though she says she “learned early and often that achieving professional success was about mastering the numbers and playing the game,” she is now urging business leaders, her colleagues and her students to reimagine that game.

For the first 15 years of her career, especially as one of the rare early female tenured faculty in her department, Rebecca learned the lesson that she says every successful manager has learned:  don’t “do” enthusiasm—or ethics or emotion—at work.  Do expertise.  In other words, leave your politics and passions outside of work. “To be a businessperson is, by definition, to climb into a box whose walls are defined by the bottom line,” she says. “Only those who can reliably deliver profits are likely to survive in today’s ruthlessly competitive world.”

But two key realizations helped her begin to climb out of the box. First, a movie changed her life. In 2006, she saw “An Inconvenient Truth” by Al Gore. The film shocked her out of the comfortable assumption that someone else would take care of things. “I sent an email to everyone on my contact list telling them that they had to see it and began teaching a course on sustainable business.”

Second, about ten years ago Rebecca came home to find her husband on the floor.  He was a famed astrophysicist at Harvard who had risen from the “wrong side of the tracks” in New Jersey to become one of the world’s greatest astronomers. She thought at first that he was playing with the cats. But soon she realized he had passed at age 61 from a massive heart attack.  Blindsided by the loss, she learned to pay attention to the amazingness of life.

I learned what I had known intellectually for a long time. I’m a Buddhist and the Buddhists say there are good news and bad news. The good news is that you’re not going to die. The bad news is it’s because you don’t really exist. I really believe that. We are balls of electrons, collections of energy moving through the world and we dissipate and that’s ok...but while we are here, we should do everything that we can. The boundary between us and the rest of the world is so fluid. So I think of myself as a song the universe is singing. So when people say, “How do you do this work? How do you keep optimistic? How do you keep hopeful?” I say, “Well look, the world is on fire. What else are we going to do with our time? What are we going to do with our time?” We have to address the problems that we face. That’s what gets me out of bed each morning.

At Harvard Business School, she turned her course on sustainability into a broader examination of “Reimagining Capitalism: Business & the Big Problems”, which grew from 28 students to over 300 -- and which has become the basis for her recent acclaimed book, Reimagining Capitalism in a World on Fire (Hachette/Public Affairs, April 2020).

While Rebecca recognizes that the world is “radically out of balance,” she believes capitalism can help bring it in balance and be a force for good if only we can reimagine how it operates.  “Free market capitalism is the greatest source of prosperity the world has ever seen, but capitalism is on the verge of destroying the planet and destabilizing society,” she says. “The good news is we have both the resources and the technology to build a just and sustainable world – and purpose-driven businesses could be the critical catalyst that drives the kinds of global, systemic changes we need to reimagine capitalism in a way that works for everyone.”

In addition to teaching at Harvard, Rebecca is a research fellow at the National Bureau of Economic Research and a fellow of both the British Academy and of the American Academy of Arts and Sciences.  She sits on the boards of Idexx Laboratories and of CERES. She was named one of three “Outstanding Directors of 2019” by the Financial Times.

Join Bela Shah and Preeta Bansal in conversation with Dr. Rebecca Henderson, a remarkable scholar, teacher and business leader, about reimagining a world on fire.

Spending time outside, particularly hiking through forests and across mountains.Also dancing, and spending time over meals with close friends.And teaching! And reading -- and writing...I have a good life.

The premature death of my husband -- he was only 61, and I found him on the floor when I returned from a business trip. See the last chapter of my book.

Everyone who reached out after his death -- with meals, with love and often with laughter. Helping me pack up the house. And buy a new one. Coming to our son's play a few weeks after his father's death.

Doing a week long meditation retreat. Or a month. Or six months.

We are all songs that the universe is singing. All we can do is sing the best we can. 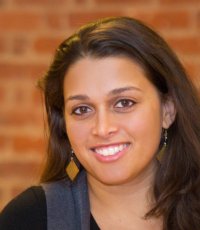 A Feminine Voice From the Emerging Future: Transforming Business, Environment and Leadership 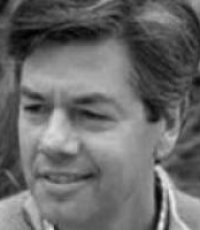 Practicing Finance as if People Mattered 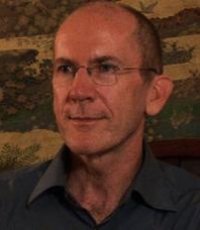