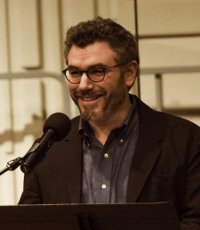 Rabbi Ariel Burger is the founding director and senior scholar of The Witness Institute, a new project to empower emerging leaders, inspired by the life and legacy of Nobel Laureate Elie Wiesel, to become morally empowered people who will influence their communities. Rabbi Burger is an author, artist, and teacher whose work integrates spirituality, the arts, and strategies for social change.

The Rabbi is the author of Witness: Lessons from Elie Wiesel’s Classroom (2018), which has been described as taking us "into the sacred space of the classroom, showing Holocaust survivor and Nobel Peace Prize recipient Elie Wiesel not only as an extraordinary human being, but as a master teacher," by Burger, "a devoted protégé and friend of [Wiesel,] one of the world’s great thinkers."

An Orthodox-trained rabbi, Ariel received his PhD in Jewish Studies and Conflict Resolution under Elie Wiesel. A lifelong student of Professor Wiesel, Ariel served as his Teaching Fellow from 2003-2008, after which he directed education initiatives at Combined Jewish Philanthropies of Greater Boston. As a Covenant Foundation grantee, Ariel develops cutting-edge arts and educational programming for adults, facilitates workshops for educators, consults to non-profits, and serves as scholar/artist-in-residence for institutions around the U.S.

When he’s not learning or teaching, he is creating music, art, and poetry. "I grew up in New York City, an artsy kid in an ultra-Orthodox elementary school, with a blind sister and divorced parents who held very different views on life," Rabbi Burger says. "My quest for meaning and integration, a way to bring together all the elements of my life into a whole, led me to study for seven years in the closest thing to a monastery Judaism offers. I became a rabbi, wrote hundreds of songs and played guitar at Carnegie Hall with Richie Havens, exhibited art in galleries, danced with thousands of Breslover Hasidim at their annual pilgrimage in Ukraine, participated in dialogue groups between Jews, Muslim, and Christians, got married and had four children, got a PhD in religion and conflict transformation, illustrated folktales, became a teacher, worked as an executive at a non-profit for six years, taught, lectured, led workshops on leadership and Design Thinking, and began using storytelling to connect people across communities."

Rabbi Burger said he questioned everything in search of an answer, "but it wasn’t until I met Professor Wiesel that I realized that questioning is the answer. He helped guide me to where I am today –  a teacher, artist, speaker, spiritual healer, and now the author of a memoir of the time we spent together."

Rabbi Burger notes that his mission "is to help counter superficiality with nuance, to replace estrangement with encounter, and to empower people to be creative and kind citizens of the world."  He lives outside of Boston with his family. 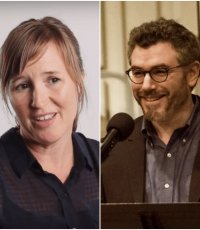 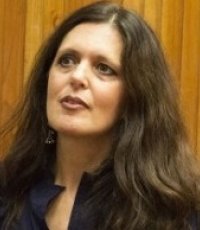