Chip Conley is an iconic boutique hotelier and entrepreneur who helped Airbnb's founders turn their fast-growing tech start-up into a global hospitality brand.  After selling the hospitality company he had started at age 26 as a rebel entrepreneur, Chip wasn't sure what was next. He could have retired at age 52. But the young founders of Airbnb came calling, and he found himself working with millennials. He served as Airbnb’s Head of Global Hospitality & Strategy for four years — while also being CEO Brian Chesky’s mentor — and continues today as a Strategic Advisor to the company’s leadership.

His 2018 TED Salon talk, What baby boomers can learn from millennials at work — and vice versa, describes his “mid-life” journey from being a seasoned expert in his field to being “a newbie among tech geniuses” and eventually coming to the realization, “looking at the modern workplace, that the trade agreement of our time is opening up these intergenerational pipelines of wisdom so that we can all learn from each other.”  In the midst of tech geniuses, Conley discovered both that he had much to learn in the form of digital intelligence (DQ), and much to impart in the form of emotional intelligence (EQ), because ”I don't care if you're in the B-to-B world, the B-to-C world, the C-to-C world or the A-to-Z world, business is fundamentally H-to-H: human to human. And yet, [some millennials’] approach to leadership was really formed in the technocratic world, and it was purely metric driven.”

As Conley spent more time at Airbnb, he realized “it's possible a new kind of elder was emerging in the workplace. Not the elder of the past, who actually was regarded with reverence.  No, … the modern elder is as much an intern as they are a mentor, because they realize, in a world that is changing so quickly, their beginners' mind and their catalytic curiosity is a life-affirming elixir, not just for themselves but for everyone around them,” in a form of “intergenerational improv” or “mutual mentorship.”

A life-long meditator with a number of New York Times bestselling books already under his belt as a leading authority at the intersection of psychology and business, Conley – inspired by his intergenerational experience of being both a mentor and an intern (a “mentern”) in his 50s – wrote a new manifesto on ageism, Wisdom@Work: The Making of a Modern Elder.  As the New York Times reported, “It used to be, 50 was a time to begin thinking about retirement. But today, many people in their 50s … plan to work two or even three more decades. To become modern elders, we have to find new ways to stay relevant and keep our minds open, skills fresh and humility intact.”  That process often involves, according to Conley, a “great midlife edit” – which “allows you to get rid of the baggage that you’re carrying during this midlife marathon that used to be 45 to 65 and now is 35 to 75” – both spiritually as well as financially, together with a “beginner’s mind” that spurs new learnings and growth to help bridge the expanding potential “irrelevance gap”.

While writing Wisdom@Work, Chip was inspired to build the world's first "midlife wisdom school," the Modern Elder Academy, with a 3-acre oceanfront campus in Baja California Sur, Mexico. “it’s a place where people (most between the ages of 45 and 65) can learn to navigate midlife transitions and,” as Conley says, “Grow whole, not old.”  “Ultimately, I decided wow, we don’t have schools for people in midlife and we’re going to live longer, power’s moving younger, and the world is changing faster, and so we need a place where people can learn how to press the reset button and repurpose themselves.”

Chip is an active mentor to six young CEO founders in the hospitality/tech world, and serves on the board of Encore.org and the advisory board for the Stanford Center for Longevity. He previously has served on the boards of The Esalen Institute, Burning Man Festival, and Glide Memorial Church.  He believes curiosity is the elixir of life and started learning Spanish and surfing at age 58.

Conley writes a daily blog, Wisdom Well.  Prior to transitioning to be a modern elder, he was awarded Most Innovative CEO by the San Francisco Business Times and is the recipient of the hospitality industry’s highest honor, the Pioneer Award.  He holds a BA and MBA from Stanford University.  His other prior books include PEAK: How Great Companies Get Their Mojo from Maslow (2008), Emotional Equations: Simple Steps for Creating Happiness + Success in Business + Life (2013), and The Rebel Rules: Daring to be Yourself in Business (2001). His 2010 TED talk, "Measuring what makes life worthwhile," has received over 3 million views.

Join us in conversation with this modern elder committed to lifelong growth and learning!

Tapping into the natural flow of why I was put on the earth. Currently, this relates to the founding of the world's first "midlife wisdom school," the Modern Elder Academy in southern Baja (Mexico).

Dying at age 47 and being brought back to life.

Having Southwest Airlines CEO Herb Kelleher as my once-a-year pen pal mentor for 10 years. I learned a lot from him, but never met him.

The meaning of your life is to find your gift and the purpose of life is to give it away. 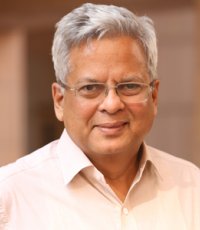