A Theology of Listening Nóirín Ní Riain (pronounced Noreen Nee Reeun) is an Irish spiritual singer, theologian, teacher, author and Interfaith minister. Known as the High Priestess of Gregorian Chant (plainchant, plainsong), she is also known as a singer of Celtic music, Sean-nós and Indian songs.  Nóirín has released sixteen albums since 1978, including three with her sons Eoin and Mícheál (Owen and Moley) Ó Súilleabháin under the performance name A.M.E.N. Her voice has rung out for peace on many continents, from United Nations conferences to gatherings with the Dalai Lama.

Born in 1951 in County Limerick, Noirin resided in Glenstal Abbey, a Benedictine male monastery for sixteen years and now lives at the back gate. In the eighties, she recorded several discs with the monks of both Irish spiritual song and Gregorian chant. She has also performed with John O Donohue, Anjelica Huston, Gregory Peck, Paul Winter, David Whyte, Sinead O Connor, and Markus Stockhausen, to name but a few, and she has several times in Ireland and abroad introduced His Holiness, the XIV Dalai Lama, in song. Author of several books, including her autobiography, Listen with the Ear of the Heart, and Theosony: A Theology of Listening, she is currently compiling an Inter Faith Book of Prayer.

In 2003, she was awarded the first ever Doctorate in Theology from MIC, University of Limerick Ireland. This was a theology of LISTENING to the Divine, for which she coined the neologism Theosony (Greek Theo (God) and Latin sonans (sounding). In 2017, Nóirín was ordained an Interfaith minister with One Spirit Interfaith Foundation Seminary in London and now she spends much of her time officiating at diverse rituals such as marriages, funerals, naming ceremonies, divorces, house blessings, and other sacred ceremonies. Nóirín also travels extensively, performing with her two sons and offering very popular workshops on Celtic Spirituality, Imagination, Sound as a Spiritual Experience, and Creativity. With her sons, she also leads a select group on pilgrimages of Ireland through Turas D’Anam (Journey of Your Soul), visiting the megalithic stone circles and ancient sites, and experiencing Irish music and art in both tradition and contemporary expression.

She began singing lessons at age seven and later studied at University College Cork (UCC), specializing in religious music for post-graduate work. Persuaded by a teacher to become a singer instead of studying law, she developed as a performer despite an almost incapacitant fear. Despite having a voice that seems a divine gift, in public performances, she has said “I went through agonies. I've let so many people down, because I wouldn't turn up on the day. I remember even a live television program, and being just stuck to the seat. Not being able to get up and sing my song. I was a nightmare…Now, I'm nearly the opposite really," she says. "I can't sing for enough people. Nervousness is narcissistic. It's all about yourself. It's when you get in the way. Now I know that it is only the voice coming through me, I'm only a tiny vehicle, of something else."

Nóirín attributes this change to "a lot of different little incidents,” including a divorce. “I went back to do a doctorate in theology; I was around 49 when I finished my doctorate. Until then, I had been wandering around, I had never found the answer. Then I found the answer – it's not you. It's not my will be done, it's thy will. There is a force – call it whatever you will – much bigger than us."

Nóirín’s first triumph as an ordained reverend nearly 15 years after receiving her theology degree was administering divorce blessings. “I hate the word divorce – it’s ugly. In the same way that two people came together they can come apart. It’s a formal way of saying, ‘this is God’s thing too’. The church regards divorce as a failure. I don’t. It has been a blessing in my life. I wouldn’t have done the doctorate. I wouldn’t be here talking about my ordination, if I hadn’t been divorced.” That she is uniquely placed to do so is evident from her attending the marriage blessing of her ex-husband, composer Micheál Ó Súilleabháin, to Helen Phelan. “There are two kinds of heartbreak: the one that shatters the heart and the one that splinters and lets the light in.” Nóirín feels the light has been coming in all these years.

In the context of the 2020 global pandemic, she and her sons Owen and Michael Ó Súilleabháin have initiated Dámh Imeall - The (h)Edge School -- a series of  retreats that offer immersive online experiences around thoughtfully curated themes.

Join us in conversation with this deeply inspirational figure!

St. Ireneaus, a first century Christian saint, claimed that "the glory of God was every person fully alive." This is it for me; when I stand as a minister beside people at threshold moments in their lives and bless the great courage and trust that opens up in front of them at times of change, such as marriage, grief or loss. Everything that is compassionate in me, delights in spreading an invisible cloak of goodness around those whom I am honoured to share times of kindness, shelter and fragility. When we arrive at these new beginnings together, we become fully alive and ready to embrace the challenges ahead and to risk the invitation towards growth and ripening.

Holding and beholding my new-born sons, some 40 and 36 years ago now. Nothing could have prepared me for this profound change in my entire life and Owen and Moley continue to mould and shape me since. What a blessing they are. Someone once remarked to me that insanity is hereditary. You inherit it from your children! There is a vague truth in this and long may they be this great source of joy, love, wisdom - and madness - for me.

Many acts of human kindness have kept me going over the years. Someone was always sent to help me carry the weariness of spirit and the sadness that can overtake the soul in the journey of days. But one constant, circadian source of beauty, presence and kindly light for me has always come from trees, stones and the sound of the murmuring streams in a nearby woods. Every day, when I can, I stand at the threshold of the kindest place I know and ask for permission to enter gently and graciously. Those trees of Glenstal Woods wave their leaves in welcome and walking the path between them has kindly nurtured and kindled my spirit of adventure. As St. Bernard says; "you will find something far greater in the woods that you will find in books. Stones and trees teach you what you can never learn from the masters". And the act is mutual and always in the eros of the now between us. When we want to recognise an act of kindness to another, we say to them "you are full of nature". I constantly give thanks to the gift and grace of Creation.

In Ireland, we don't really do bucket lists although we know and do well "kicking the bucket'! I have learned to cast my longings to the Divine to resolve in the spirit of the wise Jewish proverb which goes: Humanity plans; God laughs.

Do unto others as you would wish that they do unto you, the unison, age-old motto of some 4,200 world religions and remember that in the end of the day and throughout our daily lives "this too shall pass". 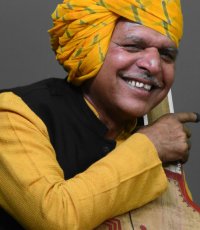