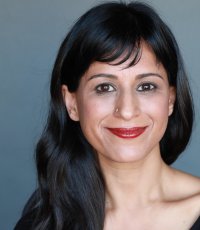 “I began to believe that a longer life was a better life. A doctor’s job was to manipulate, control, and postpone death, not to accept it as inevitable. We learned to rage against the dying of the light.” – Sunita Puri

Sunita Puri, M.D., is a California-based palliative care physician and writer.  She writes about what she has learned while working and practicing medicine “in the borderlands between life and death.” That ongoing proximity to death has transformed the way that Sunita practices medicine.

As she recounts in her memoir, That Good Night: Life and Medicine in the Eleventh Hour, much of her own training as a doctor focused on the absolute rejection of death; the mantra was to defend the patient against death at all costs, no matter how close to death the patient might be, or how much additional pain might be caused. That attitude about death is also one that her patients and their families often express. Families and patients might demand that their doctors "do everything" to keep them alive.

Sunita looks for the “pivotal moments” that allow her to help families align their hopes and expectations with the medical care that is possible. For a patient in the intensive care unit whose organs are failing because of irreversible causes and whose family would like every manner of support, Sunita says it can be challenging to pause and ask questions.

“An earlier version of myself might have thought, ‘Okay, a patient and their family want this; I have to keep it going.’” Now, faced with that situation, she sees an opportunity to ask a family about what they are hoping for—and if a family is hoping for, say, their loved one to recover and come home—that’s often a good opportunity for Sunita to help the family better understand the patient’s situation.

As she wrote in an essay in The New York Times on a sand painting’s lessons on impermanence, “Accepting that life is finite wouldn’t prevent me from drawing upon science to diagnose and treat disease, to use every tool available in medicine to alleviate suffering. But I wondered if it would make it easier for me to endure the inevitability of change and loss that both my patients and I would experience. Perhaps it could bring me solace to remember that just as my patients’ lives are temporary, so is their suffering.”  Her writing has also recognized that "Death may be humanity’s great equalizer, but the inequalities suffered in life – leading to a shorter life expectancy – become inequalities in the experience of dying as well."

Born in Kentucky as the daughter of immigrants from Punjab state, India, Dr. Puri knew from a young age that the gulf between her parents’ experiences of early poverty and her own was impossible to bridge, save for two elements: medicine and spirituality. Between days spent waiting for her mother, an anesthesiologist, to exit the OR, and evenings spent in conversation with her parents about their faith, Puri witnessed the tension between medicine’s impulse to preserve life at all costs and a spiritual embrace of life’s temporality. And it was that tension that eventually drew Puri, a passionate but unsatisfied medical student, to palliative medicine–a new specialty attempting to translate the border between medical intervention and quality-of-life care.

Dr. Puri is the Medical Director of the Palliative Medicine and Supportive Care Service at the Keck Hospital and Norris Cancer Center of the University of Southern California, where she also serves as Chair of the Ethics Committee. She graduated from Yale University with a B.A. in Anthropology and studied Modern History at Oxford University as a Rhodes Scholar. She completed medical school and residency training in Internal Medicine at the University of California San Francisco, and fellowship training in Hospice and Palliative Medicine at Stanford University. Her work has appeared in the New York Times, Slate, the Journal of the American Medical Association, and JAMA – Internal Medicine.  She has appeared on PBS' Amanpour & Co.

For her writing, she has received fellowships from the MacDowell Colony, UCross Foundation, and Mesa Refuge. In 2018, she received the Etz Chaim Tree of Life Award from the USC Keck School of Medicine, awarded annually to a member of the faculty who, in the eyes of the campus community, models and provides humanistic and compassionate care.

That Good Night has been called "a stunning meditation on impermanence and the role of medicine in helping us to live and die well, arming readers with information that will transform how we communicate with our doctors about what matters most to us."

Join us in conversation with this compassionate physician and lyrical writer! 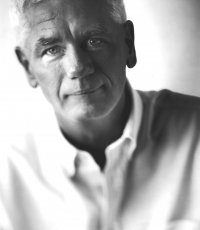 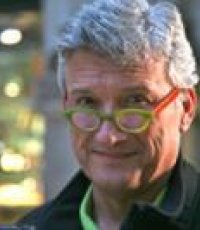 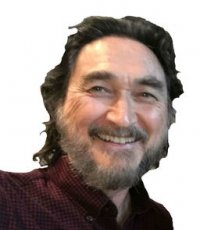