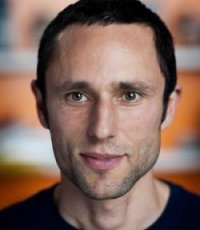 Charles Eisenstein is a teacher, speaker, and writer focusing on themes of civilization, consciousness, money, and human cultural evolution.  Author of two books and a feature in many online videos, he speaks frequently about the creating gift economies and build resilient communities.   "My work is about how to make an economy reflect the basic nature of the universe, which is of the gift. And it’s about how we can live – not just in this theoretical future, but also starting right now – according to the principles of the gift," Charles says.
Eisenstein graduated from Yale University in 1989 with a degree in Mathematics and Philosophy, and spent the next ten years as a Chinese-English translator. He currently lives in Harrisburg, Pennsylvania and is a single dad of three boys.  Writing in Ode magazine's "25 Intelligent Optimists" issue, David Korten (author of When Corporations Rule the World) called Eisenstein "one of the up-and-coming great minds of our time."
This Saturday, we will have the honor of hearing from Charles about his personal story, his views on the world, and how we can reconnect more deeply with the spirit of gift. Being the Person You Needed When You Were Younger 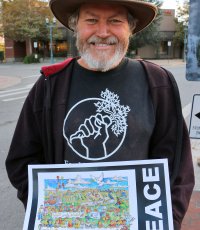 Abundance and Cooperation Toward Peace and Justice