Connecting Interfaith Hearts in the Heartland 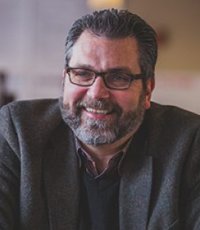 Dr. Eric Elnes is a minister, biblical scholar, author, speaker and media host. Since 2008, he has been the Senior Minister of Countryside Community Church (UCC) in Omaha, Nebraska. Countryside recently became the Christian partner in Omaha’s heralded Tri-Faith Initiative – in which a synagogue, a mosque, and a church are co-locating to a 37-acre campus to learn what it is like for the three Abrahamic faiths to live in relationship with each other. Temple Israel, Countryside Community Church (UCC) and the American Muslim Institute have chosen to be in relationship together as neighbors on one campus, committed to practicing respect, acceptance and trust. They combined with the belief that God is leading them to be together and to be a blessing to one other and their communities. The shared physical commons is the only undertaking of its kind in the world.

Elnes often preaches about the need for inclusivity, the foundation of the Tri-Faith Initiative. He explains that one of the clearest, most emphatic messages of Jesus in the Gospels is that those of us who would be his followers are to love God with heart, mind, soul, and strength, and to love our neighbors as ourselves. To Jesus, our “neighbor” includes our so-called “enemies”, so if we are to take our Christian faith seriously at all, according to Elnes, we must take Jesus’ commands seriously as well.

But for Elnes, religious practice is not just about following commandments. It is primarily about worship. His aim for worship is to help people experience within the worship hour – if even for a quarter second – awe, wonder and surrender. Worship is about opening up to the spirit of the living God. Elnes is internationally recognized for creating multi-sensory, experiential services that transcend classification as “traditional” or “contemporary." Rather than making worship message-based, he makes it experience-based, grounded in the belief that the spirit of God is fully present and, when we open even a crack, the spirit doesn't hesitate to jump down and mess with us.

“Religion does us a disservice when it seeks to remove uncertainty from life,” he says. “The fact of the matter is that life is messy and no amount of doctrine or dogma changes this. Faith built upon certainty is a house of cards that falls apart when the ‘unshakable foundation’ shifts even slightly.” And so preaching for Elnes becomes more of an interpretive guide broken up into small segments with reflective questions – with musical interludes as restful, open invitations to let the spirit do its work.

Initially having aspired to a career in science, specifically solar research, Elnes ended up the Reverend Dr. Eric Elnes. "Evolution," he says, " is love trying to work its way out into the universe." It was while reassuring a friend who was going through trauma that he felt God's love surround them. He describes God as raising our vision and expanding our hearts to a Love that is great enough to embrace the whole world. This sense of cosmic cohesiveness and profound Love is at the core of Elnes' preaching and personality.

Elnes earned a degree in Economics from Whitman College and graduated from Princeton Theological Seminary with a Master of Divinity in 1991 and a Ph.D. in 1997.  He was Senior Pastor of Scottsdale Congregational United Church of Christ in Scottsdale, Arizona from 1995 to 2008. During this time, Elnes co-authored The Phoenix Affirmations, consisting of 12 Statements of Faith that broadly describe a Christian's love of God, neighbor, and self.

In 2006, he helped lead a 2,500 mile walk from Phoenix to Washington, D.C. to promote awareness of the progressive/emerging Christian faith, one tenet of which is to be a constructive force for social and environmental justice and peace in the world. The contemporary convergence movement is the result of reconciliation among post-evangelical and post-liberal Christians “who have previously been on opposite ends of the theological spectrum,” as well as among members of “certain Jewish, Christian, Buddhist, and other communities on the fringes of their traditions [who] are discovering that they share more in common with each other than with the more resistant strands of their own traditions.” Each brings gifts to the table and the result is non-violent resolution to conflict. The premise of reconciliation and inclusivity is a foundation of Elnes' life and work.

Elnes' work extends beyond the Sunday church service. His internet television program, Darkwood Brew, was the first faith-based, weekly, interactive web television program in the world and has produced the world’s largest collection of progressive small group video resources. His books include The Phoenix Affirmations: A New Vision for the Future of Christianity (Jossey-Bass, 2006), and Gifts of the Dark Wood: Seven Blessings for Soulful Skeptics (and Other Wanderers) (Abingdon Press, 2015). His 2,500 mile journey is recounted in his book, Asphalt Jesus: Finding a New Christian Faith on the Highways of America (Jossey-Bass, 2007) (discussion guide), and is also the subject of a feature-length film, The Asphalt Gospel.

Elnes says he has a deep intuition that if we were to meet God and had a chance to ask why He has given us some, but not all, of the essentials that make for peace in this world, God would respond that He has given some to us and some to our enemies. Our "enemies" share the same hopes and yearnings as we do and bear the gifts that make for peace and justice, if only we had the eyes to recognize them and the ears to listen. This recognition moves us to be less quick to judge who is, and who is not, an enemy, and keeps us from making overly easy generalizations about entire populations of people – because if we look carefully enough, Christ may be found in their midst.

Join us in a holiday conversation with this inspirational leader! 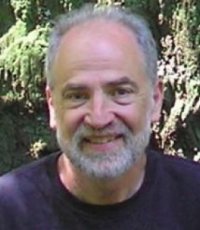 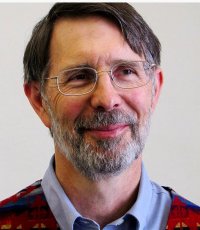