Straining My Vocal Cords And Strengthening the Voices of Others “I could see a universal, human story unfolding in the extreme example that was Pine Ridge.”

Kevin Hancock is the CEO of one of America’s oldest companies, Hancock Lumber, a 6th generation family-run lumber company in Maine founded in 1848.  Standing before a rapt public audience, he begins the story of re-finding his individual voice and strengthening the voices of others.  He recalls a moment that a car pulled up to him as he stood, alone, on the site of the Wounded Knee Massacre on the Pine Ridge Indian Reservation in South Dakota. Continuing, he describes the car window rolling down and an old Native American jewelry maker asking him, “What brings you here?” “That,” recalls Hancock saying as he reached out to shake the old woman’s hand, “is a good question.”

That question, it turns out, had been one to which he had begun to listen with heightened awareness in 2012, after a series of trying circumstances both personal and professional. With the onset of the 2008 economic crisis and the collapse of the national housing and mortgage markets, Hancock was faced with the necessity of layoffs and the responsibility of leading a struggling company. Several years later, in 2010, with the economic crisis at its height, Hancock was diagnosed with spasmodic dysphonia, a rare neurological disorder that makes speech extremely difficult. “My voice got very weak, broken, or difficult to hear or understand,” says Hancock, “and for me, it felt like it took a major athletic feat to push out just a few sentences.”

With speech being difficult and the necessity of being at the helm ever present, Hancock began to shift his attention to listening, asking questions, and answering them. Leadership, to Hancock, became a shared responsibility. “When I first acquired this, I wondered whether I would be able to do my job,” Kevin said in a New York Times profile. “Now I can see that it actually makes me better at my job.”  He had to reinvent the way he worked. At meetings he once led, he now sat in the second row, jotting down notes. As he spoke less and listened more, he discovered how many managers and front-line employees had ideas for changes and wanted to take responsibility for them. He began delegating more. “You see the passion and ideas coming from others,” he said. “People are smart, and they know what needs to happen and they want to do a good job.”

Hancock Lumber made it through the economic crisis and Kevin then sensed the need to attend to his own wellbeing and life. His search and his intuition ended up taking him to one of the most isolated and disenfranchised communities of Sioux Indians, Pine Ridge. There, in coming to know the history, the ways of life, and the beliefs of the Sioux, Hancock learned about a ritual called the Vision Quest, upon which young men or adults in a period of transformation would embark, alone, into the wilderness to seek answers: “[T]he concept [of the Quest] was that by seeking to gain a deeper understanding of one’s individual connection with all living things and with the Great Spirit, that we could also gain a deeper insight into the whisper of our own soul, that which makes you, you—special, powerful, inspired. And then, you are expected to return to your tribe, share the vision that you had received, and live your life in accordance with that message.”

Through a series of successive, solo trips to the Pine Ridge Indian Reservation, Kevin learned powerful lessons: We all come from a tribe, and while the pull of the past is strong, the soul is here to individuate. Leadership in the new Aquarian Age is about doing less, not more. Those who hold the power often overreach; they go too far. Busyness is not living, and personal growth lies in looking inward, not outward. The boundaries that have been set to divide people are not real. In the end, we’re all one tribe.

Kevin came to be thankful for the partial loss of his own speaking voice as he learned it was his soul’s way of getting him to stop working, stop leading, stop caretaking. In losing consistent access to his voice, Kevin discovered a pathway, a calling, to strengthening the voices of others, which he uses to think differently about the future of Pine Ridge, the future of Hancock Lumber, and the future of tribes everywhere.

“In 2010 I acquired a rare voice disorder called spasmodic dysphonia that often makes speaking difficult,” Kevin recalls. “In 2012 I began traveling to the remote Pine Ridge Indian Reservation where I met an entire community that felt as if it had no voice. The two events helped me realize that there are lots of ways to lose your voice in this world. The traditional leadership model often quiets the authentic voices of others. But the Aquarian Age is dawning and this is an invitation to redefine leadership and followership. My work is geared to creating organizations where everyone leads and power is dispersed. My work helps leaders learn how to say less and share the stage more broadly. My work also helps those who feel they follow to realize that there is a leader that dwells within us all.”

Inspired by his experiences in Indian country, he founded The Seventh Power, a nonprofit whose mission it is to raise awareness of the Oglala Sioux Tribe and the plight of other Native American tribes today and to contribute to the wellbeing of the Sioux of Pine Ridge via various housing, health, and education projects. Kevin also has become active as a public speaker, sharing his belief that finding one’s own voice also means allowing other voices in in the process.

He is the author of Not for Sale: Finding Center in the Land of Crazy Horse (2015), a memoir that traces his journey deep into Indian country, and even deeper into his own soul.  The book won the 2015 National Indie Excellence Award, the 2016 Independent Authors Network Award, and the 2016 New York Book Festival Award. He is also writing the forthcoming The Seventh Power. Some of his lectures and his blog can be found on his website.

Hancock Lumber, which operates ten retail stores and three sawmills that are led by 475 employees and also grows trees on 12,000 acres of timberland in Southern Maine, is a multi-year recipient of the “Best Places to Work in Maine” award. The company is also a past recipient of the Maine Family Business of the Year Award and the Governor’s Award for Business Excellence. Kevin, a graduate of Lake Region High School and Bowdoin College, is a recipient of the Ed Muskie “Access to Justice” Award, the Habitat For Humanity “Spirit of Humanity” Award, the Boy Scouts of America “Distinguished Citizen” Award, and Timber Processing Magazine’s “Man of the Year” Award.  Kevin also spent 15 years coaching middle school basketball for the Lake Region school district.

Sharing his belief that “everybody leads by sharing their voice,” he responds to the question that he shows us, as both a human being and a storyteller, is one that we all hold in common—the question of what brings us here.

Creating a culture where people can look inward and find their own authentic voice and then share it with the world!

Acquiring my voice disorder (spasmodic dysphonia) in 2010.Beginning my travels to the Pine Ridge Indian Reservation in 2012.

To me these are things that happen every day. I don't have a single event.

There is a great light that lives within us all. 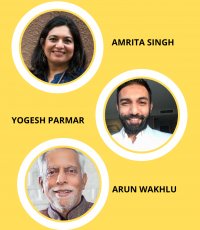 From Scarcity to Abundance: Rethinking Money and Other Human Agreements