Sticking Her Neck Out For Democracy and Our Common Humanity 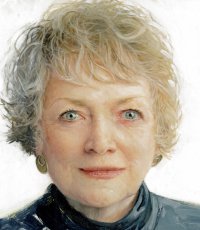 Ann Medlock is a writer and social activist who founded the Giraffe Heroes Project, a nonprofit organization that's given countless people around the globe the stories and inspiring examples of real heroes—people sticking their necks out for the common good—for more than three decades.  In 1983, concerned that too few people were actively participating in their own democracy, she launched the organization as a call for a spotlight on and inspiration for more brave, active, citizens:  Ann sought to get the stories of such people told on radio and television in order to inspire others into active participation in public life.

The organization has since honored well over 1,300 "Giraffes," and has told their stories in every medium that becomes available.  Ann later realized that she was inspired to launch this project in order to honor “The Holy Fool” – an archetype described by Joseph Campbell as the most dangerous person on earth and the most threatening to all hierarchical institutions, because the fool ignores institutional power and has no concern for naysayers.

Giraffe Heroes teaching materials are available for kids in kindergarten-through-high-school classes in all 50 states and in American schools abroad. The Project has partnered with Teachers Without Borders to distribute civic engagement materials to teachers in 117 nations.  Ann won the Caring Institute's Caring Award and was named an education innovator by the National Education Association.

Medlock blogs on the Project’s website, on her own site and on Huffington Post. Her personal writing includes Arias, Riffs & Whispers, a book of poems, and Outing the Mermaid, A Novel of Love, Fear and Misogyny, published by Blooming Twig in 2017.

In her eight decades of life, Ann has been a freelance writer, an award-winning public radio commentator, an editor at Macmillan, and speechwriter to US political figures and to the Aga Khan.  She has spoken, written and/or taught in Kobe, Kinshasha, Saigon, Beijing and Moscow as well as in Chicago, Washington DC and New York City.

As she writes on her personal website, “My real work began when I was more than half-way through what's turning out to be a long life. Now, actuarially, time is getting short. So I'm gathering up as many bread crumbs as I can find of that late-begun work and leaving them here, in the vast forest that is the internet, in hopes they may be of value on your path to a long and creative life. There's a lot here. Do wander. Welcome to it all.”

Medlock lives with her spouse, John Graham, on an island in the Pacific Northwest, where she's spending her days writing a memoir, Building With Christopher Alexander, about building her Pacific Northwest home with the master-builder who is one her great influencers, and leading the Giraffe Heroes Project.  She’s a board member of the Hedgebrook Writers’ Retreat for women. 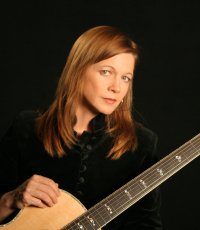 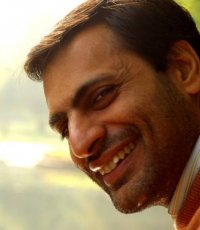