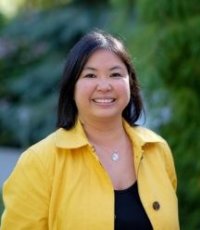 A father who left before she was born.  Relocating with her mother and uncles as refugees from Vietnam to Canada as a young child.  Growing up in an overcrowded household.  Gangs.  A scholarship to the prestigious engineering program at the University of Waterloo.  Systems engineering jobs at some of the world's leading technology corporations.  A diabetes diagnosis after nearly bleeding to death.  A recommitment to health, and a Kickstarter campaign to learn to cook and share it with the world.  A return to Vietnam as a foodie and blogger, and a newfound sense of purpose as a traveling food writer and published author.  Then back on the technology career track as an engineer in leading companies and at a booming startup.  Pre-cancer diagnosis.  A fight for life and a return to health (for the second time), but this time via naturopathy, meditation, and numerous alternative healing modalities -- modalities that allowed her to uncover buried issues including the sexual abuse she experienced as a child.  Now booming startup founder and dedicated community servant.

Technology entrepreneur Thu Nguyen has transformed her life into one of service -- on "the other side of deprivation and need."  Through remarkable resourcefulness, resilience, and a dedication to re-learning the "art of living", Thu has found joy on the other side of suffering.

"You can't really experience joy without the suffering," she has written. "It's a priceless memory you will never forget, as opposed to pleasures you can buy. What I learned is that you can't really know what good is until you experience the bad. The Yin and the Yang, they're a packaged deal. And if you want to experience joy, you need to overcome pain. ... So when things are not working out, and you're in that cycle of suffering, just remember -- this probably leads to a feeling of unbelievable joy...eventually."

Thu is currently the CEO and Co-founder of Flowzo, a startup dedicated to bringing high-speed internet to smaller North American metropolitan cities, in which large telecommunications companies are not incentivized to invest in large infrastructure projects such as laying fiber.  A computer engineer who specializes in wireless communications/systems, Thu previously worked on putting the first embedded WiFi chips into the first iPhone and into all kinds of consumer electronics.

Thu's earlier professional life had followed a trajectory of career sprints, burnout, health scares, and then rehabilitation. "When I finally realized I needed to change, the right people appeared. It's like you open your eyes to a different subset of stories and resources on your newsfeed and more importantly, you realize that you're not alone."

It was after her second health scare -- a pre-cancer diagnosis, together with diabetes and depression -- that she realized she needed to change.  Through the help of two close friends, one of whom was a naturopath, Thu became introduced to a range of healing modalities outside of the western medicine framework. "Within 2 years, I was able to reverse the diabetes back to pre-diabetes and complex atypia hyperplasia back to simple hyperplasia, one step away from 'healthy'. During this time, I posted a quote a day on Instagram mostly for myself and then realized others looked forward to seeing them every morning. In 2015 I went for my first Vipassana retreat and have been back every 6 months. It was the first time I found something that made sense and was so practical. I felt an incredible pull as I was given a second chance at life -- to make the most of every moment I had left."

"When you truly have time to listen to yourself, get comfortable with yourself, you start remembering why you're here," Thu wrote. "You start remembering our goal as humans and how we are intricately connected to each other. You start realizing you can't be at peace if your neighbors are not at peace. There's really no better way to spend your time than on yourself. Call it what you will, self-absorbed/selfish. But when you do become at peace with yourself, even for a moment, it's much harder to spread negativity, fear and hate in the world. It's easier to pause and contemplate before naturally reacting. What I've learned is that working on yourself is a big contribution to society as a whole."

What makes me come alive is to catch up with old friends, picking up exactly where we left off with conversations that last for hours without realizing. I think that there's always a reason why you come across the people you meet. How many stars had to align for synchronistic meetups in another country, context or phase of life? In such meetups I can't help but wonder whether or not we learned/taught the lessons we needed to or whether or not we'll cross paths again.

Hitting rock bottom, and others who have bounced back from that state.

I'm really lucky to have been on the receiving end of so many acts of kindness. My last startup breakup was heartbreaking and as a result of an Awakin circle passage on trees, I found a hike in the city up to some trees. My friend Ming who I hadn't spoken to in months, out of the blue messages me to check on how I was doing. As I walked, I texted and filled him in. He asked, "Thu what do you think your mission is?" I was crying when I wrote, "It is to connect the world - literally to make connectivity accessible in the world so that not only only for the privileged. I know exactly how to make connectivity 10x cheaper than it is today". He said, "Thu I believe in you. I don't have a lot of money but I'd invest in you. Go do it." I needed that exact vote of confidence and ended up going ahead to start Flowzo and he really did end up investing.

I'd like to spend some time in Plum Village one day!

Believe in the value of the jagged path. We don't always do the right thing on our way to rightness but keep going. 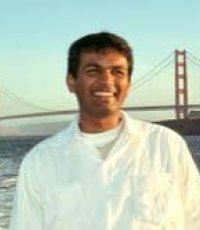 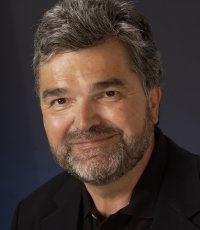