How Would Buddha Teach Economics? 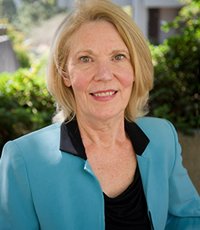 Clair Brown, a professor emeritus in the Economics Department at UC Berkeley, taught the basic Economics 1 class at Berkeley for over 30 years. She often found that the students in her sprawling introductory classes had a hard time reconciling the dominant neoclassical model that she taught with the real world that they experienced from day to day.  They were frustrated with the assumption that “more is better” – that having more income and what it buys is what makes people better off. They also were shocked that economics did not compare wellbeing across different income groups – it accepted as a base assumption that the rich benefited just as much as the poor from another dollar of income.

Prof. Brown’s students wanted to know why there was so much emphasis on economic growth in the abstract, and so little discussion of issues like inequality and environmental degradation. Over the years, Brown herself had put a lot of thought into the same questions.  As a budding practitioner of Tibetan Buddhism, she asked “How would Buddha have taught Econ 1?”

“In the economic model, it makes sense to go shopping if you are feeling pain, because buying things makes you feel better. Yet we know from experience that consuming more does not relieve pain. What if we lived in a society that did not put consumption at its center? What if we follow instead the Buddhist mandate to minimize suffering, and are driven by compassion rather than desire?”

To explore these questions with an alternative economic model, she developed a sophomore seminar “Buddhist Economics”.  The global outreach and connections led to her writing the book, Buddhist Economics: An Enlightened Approach to the Dismal Science (Bloomsbury Press, 2017).  The book has been praised by Nobel Laureates Amartya Sen and George Akerlof, and by leading public policy voices including Robert Reich and Jeffrey Sachs.

Says Brown:  “One of the reasons I got interested in Buddhist economics and wanted to teach this course – and I also wrote a book, called American Standards of Living – is that I was just appalled by the materialism in our culture, and how, with economic growth and people getting better and better off, we didn’t cut back on work, as people had predicted. We didn’t make life more balanced, we didn’t take time to be creative and spend time with our friends and build our communities. Instead, we just kept working harder and harder. And today, the materialistic culture, which is reinforced by the mainstream economic model, says, “Hey, you want to feel better?  Make more money and go shopping” – it’s like you can never be satiated with this model. And it seems like that reflects American life. We want more and more, we consume more and more, and the other things in life that should be important to us – our families, our communities – are suffering from that. And of course, I think we’re suffering too from all the stress.”

One of the earliest tenured women professors in the Economics Department at UC Berkeley, Brown was influenced greatly by exposure to racism and social norms surrounding gender while growing up in the American South.  She recognized that structural and social factors skewed the notion of “choice” and of well-functioning markets.  Brown's early research focused on employment disparities by gender and race, the role of unemployment insurance, and women in the workplace. Her later research focused on the global labor market for high-tech workers, the global competitive advantage of China, India and the US in the semiconductor industry, and the impact of education and immigration policies on engineers' employment and earnings.

Join us for a fascinating conversation with this pioneering economist!

Talking about Buddhist Economics, and how we can create meaningful lives in a sustainable world! Protesting Trumpian policies that are harming people and the planet are essential today, and I work with 350BA, Sierra Club, and Buddhist groups everyday to stop harmful policies, to push for the policies we need, and to help those in need.

I probably became an economist when I was five years old, walking my beloved maid Nazarene to catch her bus. Skipping along, I said, "I want to be Alice in Wonderland. It's a great movie. You've got to see it." Nazarene replied, "Clair, I can't go see it." Puzzled, I asked, "Why not?" "Cause it's playing at the whites' theater. They don't allow coloreds in." Confused, I started noticing many other things that didn't make sense Nazarene's worn-out sandals, her walking to the back of the bus after she got on, her drinking out of a different water fountain at the grocery store. Nazarene gave me a good start in life with her loving care, her patience, and her wisdom. She also unknowingly taught me how the world set up rules that were grossly unfair, and yet people followed them as if they were fair and reasonable.

I am always amazed, and grateful, for the daily acts of kindness from strangers and friends,as they help me along the way.Also my heart responds to a person's smile when I reach out to help.

Spread Buddhist Economics to the world!

May we heal Mother Earth as we heal ourselves, for the benefit of all! 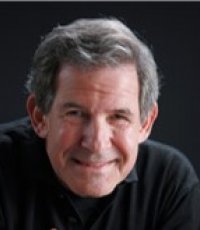