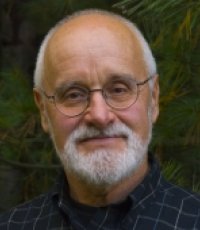 Charlie Halpern is a public interest pioneer and an innovator in legal education. Author of Making Waves and Riding the Currents: Activism and the Practice of Wisdom, he has made multiple big waves in the public sector – as the "father" of the public interest law movement, as a social entrepreneur, and as a pioneer in the movement to bring mindfulness to the law and social justice efforts.  The outer waves of social transformation that Charlie has supported have been enabled by his inner waves of personal transformation.  And those inner waves are supporting him on his latest challenging quests: working for the mindful transformation of the criminal justice system, and preserving our social commitment to core values and practices – such as democratic participation, equality, and respect for marginalized communities.

Charlie began his career as a conventional high-achieving lawyer.  He graduated from Harvard College and Yale Law School.  After a prestigious federal appellate clerkship, he worked as a young corporate lawyer at the noted law firm of Arnold & Porter in Washington, D.C.

“Like many lawyers, I did this work that I basically didn't believe in, taking satisfaction in the skillful and responsible way that I executed my assignment," Charlie wrote.  In that manner, he fell into what he calls the "success trap," which is when one gravitates only toward the things one excels at while avoiding risks.

While working on a socially significant pro bono case related to the provision of adequate treatment for mentally ill patients, Charlie realized that "the commitment to lawyerly abstractions, even noble ones like due process and equal protection, was much stronger if it was coupled with human connection and empathy."  With the hope of living a more authentic and connected life, Charlie left his corporate law job – thereby "abandoning the linear path of academic success and professional ambition" – and began to set up a law firm that would represent non-corporate, public interests on issues like the environment and consumer rights.  This "public interest law firm" was a risky proposition, as there was at the time no obvious way to make money representing unrepresented interests in Washington D.C.  But he was willing to take that risk, as it meant aligning his work with his values.

Charlie thus founded the celebrated Center for Law and Social Policy (CLASP), the first national public interest law firm.  CLASP enjoyed a number of successes in the areas of environmental rights (for example, the organization obtained an early injunction against the building of an Alaska pipeline as well as the banning of DDT); corporate governance/shareholder activism; and rights of the mentally ill and mentally retarded (which led to the separate formation of the Mental Health Law Project); among other areas.  CLASP was also successful in cultivating a new generation of public interest lawyers.

A decade later, Charlie discovered another avenue for advancing the public interest law movement.  He became the founding dean of the City University of New York Law School (CUNY), a law school with a public interest mission and curriculum.  The school was to be composed of students dedicated to becoming public interest lawyers.  Although gratified by the recognition his school received for having a unique public interest curriculum and by his participation in the "students' realization of the American dream," Charlie "often found [himself] angry and frustrated" and "over his head – emotionally, morally, and psychologically," as he was "frequently caught between intransigent students, hostile academic administrators, and corrupt Queens political leadership."

It was during his time at CUNY that a friend recommended that he try meditation.  At first, Charlie felt that meditation, while helpful in managing a stressful job, was "peripheral to the ‘real work’ that [he] was doing as a public interest advocate and institutional innovator."  But what started out as a simple stress relief tool ended up becoming something far more significant in Charlie's mind, as meditation – along with several other tools for inner exploration that Charlie had developed – opened up the possibility for the cultivation of wisdom.

For Charlie, the wisdom that emerged from mindfulness practice had a direct bearing on his social advocacy, as he wondered: "Could this be a new way to approach activism, to start from the place of wisdom and compassion rather than the place of anger and insistence on legal rights? . . . Meditation, wisdom, and the commitment to social transformation could flow together.”

"I had a growing intuition that something was missing [from my personal and professional life], and I sought ways of developing inner resources that complemented my cognitive and adversarial skills.  These explorations led me to the conviction that the practice of wisdom is essential both to my own effectiveness and wellbeing and to our collective capacity to address the challenges of the 21st century successfully."

Charlie thereafter served as the first President and CEO of the Nathan Cummings Foundation, which, under his leadership, "developed a unique blend of grants, integrating support for forceful cutting-edge advocacy with support for meditation and other inner work."  On the social advocacy side, the Foundation helped establish progressive and activist organizations such as "Demos: A Network for Ideas & Action."  On the inner work side, the Foundation facilitated a dialogue between Jewish rabbis and mystics and the Dalai Lama, and funded the National Religious Partnership for the Environment.  The Foundation also helped create the Center for Contemplative Mind in Society, which seeks to infuse law, journalism, and business with a contemplative dimension.

In 2011, Charlie was appointed Director of the Berkeley Initiative for Mindfulness in Law, where he developed a curriculum – including a popular and often over-subscribed seminar – for exploring the connection between mindfulness/meditation and the law.  “When I tell people that I teach a class in law and meditation at UC Berkeley’s law school, I often hear snorts of disbelief. ‘It’s easier to imagine a kindergarten class sitting in silence for half an hour,’ a friend said to me, ‘than two lawyers sitting together in silence for five minutes.’”

But the class was no joke, Charlie reminds us.  And, in his recent work, Charlie has introduced judges, prosecutors, and defense attorneys to mindfulness practice in order to transform the criminal justice system, as well as help to form a more empathic, inclusive, and sustainable nation.

Join us in conversation with this remarkable leader! 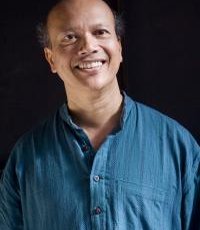 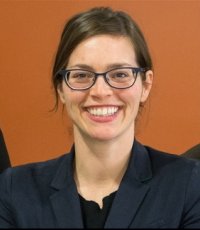