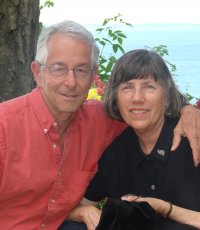 Libby and Len Traubman are peacemakers, filmmakers, authors, and co-founders and co-leaders of a 24-year-old nonviolent conflict resolution group, the Jewish-Palestinian Living Room Dialogue Group, established in 1992 in San Mateo, California, and preparing for its 289th meeting on the San Francisco Bay Peninsula.  The one-to-one, face-to-face method of conflict resolution modeled by this dialogue group has been looked to globally by educators, researchers, journalists, activists, trainers, and strategists including the U.S. Department of State, which distributes the dialogue group's instructive films in Africa.

Libby and Len embarked on lifelong journeys of self-reflection and outward action near the onset of their 50-year interfaith marriage across cultures. They continue generously sharing their learned lessons and communication tools with individuals and communities whose lives might otherwise have been torn apart by violent cultural divisions.  They have guided hundreds of dependably successful dialogues on high school and university campuses, and in neighborhoods across America and overseas.  Their all-volunteer life of championing civil discourse has been featured on every major print and broadcast news service, including CNN, NPR, MSNBC, and Voice of America.  Roots of the Traubmans’ dialogue models are in South African inter-racial, inter-religious story- and meal-sharing during apartheid 1980s, and in early 1990s black-white meal-sharing in San Mateo homes.  Two hour-long films have documented their work, 20 YEARS OF PALESTINIAN-JEWISH LIVING ROOM DIALOGUE, and TURNING ENEMIES INTO FRIENDS FOR 24 YEARS.

In establishing the Jewish-Palestinian Living Group, Libby and Len intended to create a people-intensive—not money-intensive—easily reproducible, in-home model for dialogue to parallel and complement the government peace process in the Israeli-Palestinian conflict as well as in other regions of the world.  As designed, the living room dialogue group format gives dynamic form to the emerging paradigm of people-centered human security that challenges traditional notions of government-centered national security.  This type of dialogue aims at conflict transformation rather than conflict resolution; it is used to introduce, familiarize, humanize, dignify, and empathize with all the people in the room, so that conflict resolution can then take place on a solid foundation.  The dialogue process begins with exploring each person's life narrative, on the understanding that in many cases "an enemy is one whose story we have not heard".  This approach is not a quick fix but requires time, and thus is referred to as sustained dialogue.

Always seeking to expand the network, participants in the Jewish-Palestinian Dialogue Group communicate daily through face-to-face, e-mail, telephone, and Skype methods with citizens worldwide to encourage new groups and to provide both graphic and written how-to guidelines. This dialogue group regularly publishes e-mail reports on the global success stories regarding the expanding public peace process.  The Traubmans also have created and disseminated extensive resources for communities to engage in effective dialogue.

Libby and Len continue to facilitate face-to-face community-building experiences of dialogue, and sometimes co-produce documentary films that help people to successfully engage.  Over the decades, they have initiated several hundred outreach activities globally.  They have supported, including with long-distance facilitation via Skype and Zoom, live face-to-face dialogue between diverse citizens of Korea, Japan, Singapore, and Myanmar, as well as in Africa and the Middle East.

Libby is a retired clinical social worker whose social activism took off when she helped organize the 1991 Beyond War conference for Israeli and Palestinian citizen-leaders – resulting in a historic signed document, Framework For A Public Peace Process. She co-produced three films modeling a new quality of listening and communication – PEACEMAKERS: Palestinians & Jews Together at Camp, DIALOGUE AT WASHINGTON HIGH, and CROSSING LINES IN FRESNO.  For her community service and global influence, Libby was inducted into the San Mateo County Women’s Hall of Fame.

Len is a retired pediatric dentist who for more than 30 years has helped bring “enemies” together and has published on successful public peace processes from personal experience with Soviets and Americans, Armenians and Azerbaijanis, Jews and Palestinians, and most recently Muslim and Christian Nigerians. He co-produced the 2012 documentary, DIALOGUE IN NIGERIA: Muslims & Christians Creating Their Future, and in 2013, DOZOS-GUERRE TRIBAL HEALING IN COTE D’IVOIRE.  Len was the 1998 Distinguished Alumnus of the University of California School of Dentistry.

Libby and Len, married nearly 50 years, live in San Mateo. They are parents to a daughter and son educated in San Mateo public schools, and grandparents to two boys and a girl.

Join us in conversation with this remarkable couple!

We're energized by taking the hands of so-called enemies, providing them a safe place, and seeing the magic of their attitudes and relationships transform from adversaries to partners once they give ears and voices to one another's personal stories. The reassurance and thrill is from experiencing first-hand this dependably works on all continents universally -- in homes and businesses, on campuses, and among combative African tribes.

In 1984 during the Cold War, we lived three weeks in the Soviet Union engaging the "enemy."In meeting after meeting we simply shared our personal narratives, always including what we were taught about "them, the other, the Soviets" and their nation. Time after time we could see how all of the fears and dark qualities we projected on each other were terribly mistaken, dangerous exaggerations. In contradiction, we had much in common and felt a powerful kinship with each other. That experience changed us forever and continues to inspire and inform us, knowing deeply that "an enemy is one whose story we have not heard."

LIBBYIn 1966 when Len and I got engaged, we drove to Duluth, Minnesota to celebrate his grandmother's 80th birthday. Many of the relatives were there -- Len's mother, aunts, uncles, and cousins. I had never met any of them before that day, and I will never forget their warmth and kindness as they greeted me as Len's future wife. They went above and beyond being nice and treated me as part of the family. It was a magical day.LENFrom early childhood, I loved short wave communication and creating relationships with other human beings all around Earth. At age 11, I had a government ham radio license to operate my own radio station at home. Yet family finances were modest, and I had a very low-power transmitter. One December at holiday time my father came through the door with a brand new higher power transmitter that would allow me far greater ability to talk with fellow citizens on every continent worldwide. The great gift to the life I loved was unsolicited and totally unexpected. I wept, and kept being a communicator and connector of people all my life.

We imagine an international gathering to accumulate collective wisdom from a group of gifted colleagues -- exceptional, successful champions of Dialogue facilitation and spectacular relationship healing from different countries and continents. In the meantime, we meet with many of them by phone and applying Internet Skype and Zoom technology. Still, we dream of bringing together these devoted game changers, for sharing stories, mutual inspiration, and learning from each other. All we need is the right time, the right place, and lots of money!

1. WE ARE ONE EARTH, ONE HUMANITY, ONE FUTURE 2. NOTHING REPLACES FACE-TO-FACE HUMAN ENGAGEMENT 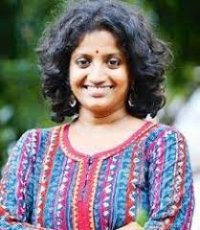 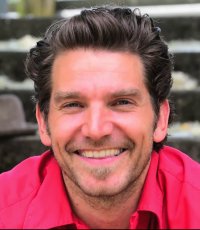 Music as a Force of Love