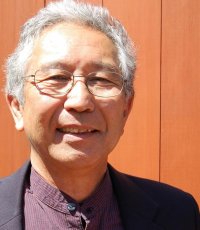 "Spend five minutes talking with Ron Nakasone and you will sense two things: a wisdom that makes you curious and a casualness that makes you comfortable," Peter Doebler writes.

An accomplished scholar in Buddhist Art and Culture at the Graduate Theological Union (an interreligious consortium of nine theological seminaries and eleven academic centers in Berkeley, California), Ronald Y. Nakasone, PhD, is heir to the age-old East Asian literati tradition that encourages self-cultivation, self-transformation, and self-realization through scholarship, community involvement, and art.  He is a master of Japanese calligraphy, or the art of sho.  In addition to having exhibited his work in Kyoto, Tokyo, Paris, Seoul, Xian, Chiang Mai, and cities throughout the United States, Ron is also an ordained Buddhist priest, an active member in Asian-American communities in the Bay Area, CA, as well as a subtle gardener.  Students have even composed an interpretive ballet dance to his artwork.

He has published more than 100 academic books and articles on Buddhist doctrine, ethics, and aesthetics, Aging and Spirituality, and Okinawan Studies. Students and colleagues contributed essays to Memory and Imagination, Essays and Explorations in Buddhist Thought and Culture (Nagata, 2010), a festschrift that commemorated his completion of one life cycle (60 years) according to the Chinese zodiac. He received the Sarlo Excellence in Teaching Award from the Graduate Theological Union in 2011.

Join us, on March 5th, for a pilgrimage of a conversation through Ron's journey.

I am most excited by beauty. Beauty is found everywhere: a flower in bloom, a bird in flight, in colors reflected on clouds as the day transitions into night. After years of self-discipline and practice, artists give form to beauty through movement, sound, and color. First and foremost, beauty is present in the elder, who after a long experience with the vicissitudes of life, dwells in equanimity and quiet ease.

I cannot pinpoint a pivotal turning point in my life. There have been many events that changed and or enriched my life. Marriage was one such moment; the birth of our daughter is another. I have been fortunate to have met many people, who caused me reflect on my life. One such person was my sho (calligraphy) teacher, Mortia Shiry" (1912-1998) from who I learned that the art of sho must be honed over a lifetime.

I have been the recipient of much kindness; it would not be fair to single one out. But I have been nurtured by the continual patience and kindness of my wife, Irene and my daughter, Heather.

I will need to consolidate and commit to writing my thoughts on the â€œStructure of Buddhist Thinking,â€ a project that I put off four years ago when I agreed to help with the Asian American Religious Cultures (ABC-Clio, 2015).

We must be good to each other. 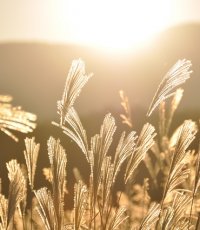 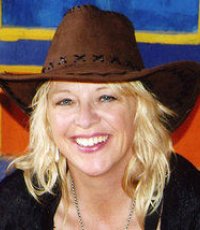 Of Marmalade and Machine Guns 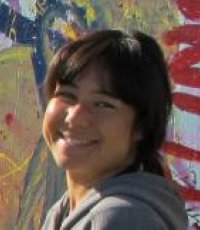