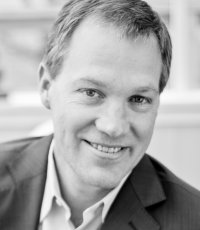 Carter Phipps is an author, journalist, and contributor to the emerging “integral” or “evolutionary” cultural movement which combines the insights of Integral Philosophy, evolutionary science, developmental psychology, and the social sciences. For the past decade, as executive editor of EnlightenNext magazine, he has been at the forefront of contemporary cultural discourse, and his writings have played a key role in making important new thinking accessible to a wider audience. Phipps is an unapologetic generalist and his areas of interest and expertise range from business and politics to philosophy and mysticism to science and technology. He is the co-founder of the Institute for Cultural Evolution, a non-profit social policy institute, whose mission is to bring new insights on the evolution of culture to the arena of politics and social policy.

His first book, Evolutionaries: Unlocking the Spiritual and Cultural Potential of Science’s Greatest Idea, was published by Harper Perennial in June 2012.  “Evolutionaries” aims to expand our understanding of evolution and provide a revolutionary understanding of ourselves.  “Today, the idea of evolution, the basic notion of process, change, and development over time, is affecting much more than biology,” Phipps says.  "An evolutionary is informed by the radical knowledge that we live in a dynamic changing, evolving universe instead of a static, fixed, unchanging one.  In discipline after discipline stasis is giving way to change, fixity is giving way to flow, form is giving way to process, as a way to describe reality.  That may sound abstract, but when it comes to thinking about things like human psychology and cultural development, this understanding is actually quite important.  For example, it makes a differences when we begin to realize that this thing we call 'human nature' is neither fixed in time nor fixed genetically in our evolutionary history, but is malleable, adaptable, evolvable (to use that term loosely)."

In 2009, his feature article A Theologian of Renewal was awarded a Gold Award for Editorial Excellence from Folio, the leading magazine industry awards. The white paper, Depolarizing the American Mind, co-authored with Steve McIntosh, was praised by NYU scholar Jonathan Haidt as being “among the most insightful essays I’ve ever read about the causes of our nation’s hyper-partisan polarization problem.” Phipps has spoken at educational institutions around the country and participates in conferences and leadership gatherings, including the Evolutionary Leaders Forum, Transformational Leadership Council and Conscious Capitalism summits. He has appeared on BBC Radio, MSNBC, and NPR. A Lifelong Learner and Friend: Quaker Values in Business and Governance