There are corners of the world whose struggles and triumphs seem hidden from view. Kigutu, is one of them -- a little village three hours away from Bujumbura, capital of Burundi. Whereas New York has one doctor per 200 people, Burundi has one per every 200 thousand. As an American doctor and UCSF Faculty, Dr. Sriram Shamasunder dedicates five months of the year to working abroad in such regions of extreme need. Burundi was among his first trip, but he was soon at a Tibetan refugee camp in Asia, at a colony in Rwanda, on the first flight of doctors in Haiti after the earthquake.  These weren't volunteer vacations to dabble into service; they were immersions into place of intense hardship.

This Saturday, Dr. Sri will share his moving stories and innermost reflections from his journey -- whose seeds can often be found in his college experience. He is not just as a compassionate doctor pushed to the boundaries of his ability, but a deeply human poet who sings of both suffering and its overcoming with powerful presence. 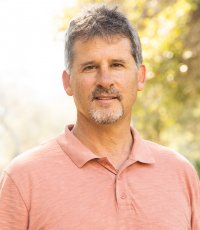 The Journey from Inner Change to Outer Change

Midwifing the Prophecy of an Earth-Based Feminine Consciousness