To Separate and Unify 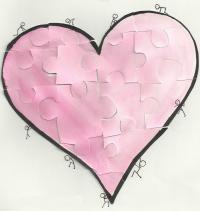 The destruction or healing of the world hinges on which way this thought unfolds. Whether we pull things apart or put things together makes all the difference. Indeed, human history has unfolded with one pilgrim taking things apart and another putting them back together, and on and on.

As an example, let’s look at two very different explorers who both shaped the world as we know it: Christopher Columbus and Carl Jung. While Columbus crossed the ocean with the intent of breaking things down and retrieving whatever treasures he could find, Jung crossed an interior ocean with the intent of putting together whatever he might find to make treasures of what he already had.

We must ask what made one explorer set foot on a continent he’d never seen and proclaim, "This is Mine!", and what made the other bow and utter in humility, "I belong to this."

Perhaps the difference is that Columbus was searching outwardly with a predetermined sense of conquest when he reached the New World, and Carl Jung was searching inwardly with an undetermined sense of love when he reached the Unconscious. Both were clearly devoted to their search, but where Columbus was intent to separate and own, Jung was intent to unify and belong.

In love, in friendship, in seeking to learn and grow, in trying to understand ourselves, how often do we remove the wings of the thing before it has a chance to free us?

Seed questions for reflection: How do we remain watchful of the tendency to separate and own, while inculcating an impulse to unify and belong? Can you share a personal experience where you felt the tension between these two opposites? How do we keep joined the wings of things that can free us?