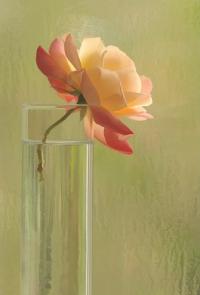 Death is an important ally for appreciating life. I am not referring to a morbid preoccupation with death. Rather, I mean the felt awareness of our finitude as physical beings -- an honest recognition of the short time we have to love and to learn on this earth. The knowledge that our bodies will inevitably die burns through our attachments to the dignified madness of our socially constructed existence. Death is a friend that helps us to release our clinging to social position and material possessions as a source of ultimate security and identity. An awareness of death forces us to confront the purpose and meaning of our existence, here and now.

Those who have had near-death experiences confirm that awareness of death can be an uncompromising friend, putting us back in touch with what is most important. A common sentiment expressed by many near-death survivors is a decreased emphasis on money and material things and a heightened appreciation for nature and loving other people. Dr. Kenneth Ring, a researcher of near-death experiences, quotes a young man who had a near-death experience after a serious automobile accident. As a result the young man found that he developed an "awareness that something more was going on in life than just the physical part of it... It was just a total awareness of not just the material and how much we can buy -- in the way of cars and stuff, or food or anything. There's more than just consuming life. There's a point where you have to give to it and that's real important."
Gandhi once said, "Just as one must learn the art of killing in the training for violence, so one must learn the art of dying in the training for non-violence." If we are to lead nonviolent and loving lives, then we can begin by coming to terms with our own death. An appreciation that we must die awakens us from our social sleep and to the reality of our situation. Death is an unyielding partner in life -- an inescapable certainty to push against as we sort out the significant from the trivial in our daily lives. In this regard, consider the words of Nadine Stair of Louisville, Kentucky, who was 85-years-old when she wrote, "If I Had My Life to Live Over":
"I'd like to make more mistakes next time. I'd relax. I would limber up. I would be sillier than I have been this trip. I would take fewer things seriously. I would take more chances. I would climb more mountains and swim more rivers. I would eat more ice cream and less beans. I would perhaps have more actual troubles, but I'd have fewer imaginary ones. . . . I've been one of those persons who never goes anywhere without a thermometer, a hot water bottle, a raincoat, and a parachute. If I had to do it again, I would travel lighter than I have."
We cannot hide from death. Its embrace will consume our social existence entirely. Job titles, social position, material possessions, sexual roles and images--all must yield to death. This does not mean that we should abandon our material and social existence. Rather, it means that in consciously honoring the fact of our physical death, we are thereby empowered to penetrate through the social pretense, ostentation, and confusion that normally obscure our sense of what is truly significant. An awareness of death is an ally for infusing our lives with a sense of immediacy, perspective, and proportion. In acknowledging the reality of death, we can more fully appreciate our gift of life.
If you were to choose death as an ally (as a reminder of the preciousness of each moment), and if you were to choose the universe as your home (as a reminder of the awesome dimensions of our existence), would a quality of aliveness, immediacy, and poignancy naturally infuse your moment-to-moment living? If you knew that you would die within several hours or days, would the simplest things acquire a luminous and penetrating significance? Would each moment become precious beyond all previous measure? Would each flower, each person, each crack in the sidewalk, each tree become a fleeting and never-to-be-repeated miracle? Simplicity of living helps brings this kind of clarity and appreciation into our lives
--Duane Elgin, in Make Death Your Ally

Every week, we send out a digest with a reading and inspiring stories to our global community of 93,718 people. Subscribe below.