Help Comes From the Strangest Places 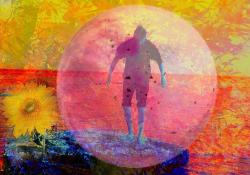 Help comes from the strangest places. We are living in the middle of a revolution in consciousness. Over the past few decades, geneticists, neuroscientists, psychologists, sociologists, economists, and others have made great strides in understanding the inner working of the human mind. Far from being dryly materialistic, their work illuminates the rich underwater world where character is formed and wisdom grows. They are giving us a better grasp of emotions, intuitions, biases, longings, predispositions, character traits, and social bonding, precisely those things about which our culture has least to say. Brain science helps fill the hole left by the atrophy of theology and philosophy.

A core finding of this work is that we are not primarily the products of our conscious thinking. The conscious mind gives us one way of making sense of our environment. But the unconscious mind gives us other, more supple ways. The cognitive revolution of the past thirty years provides a different perspective on our lives, one that emphasizes the relative importance of emotion over pure reason, social connections over individual choice, moral intuition over abstract logic, perceptiveness over I.Q. It allows us to tell a different sort of success story, an inner story to go along with the conventional surface one.

To give a sense of how this inner story goes, let’s consider a young member of the Composure Class, though of course the lessons apply to members of all classes. I’ll call him Harold. His inner-mind training began before birth. Even when he was in the womb, Harold was listening for his mother’s voice, and being molded by it. French babies cry differently from babies who’ve heard German in the womb, because they’ve absorbed French intonations before birth. Fetuses who have been read “The Cat in the Hat” while in the womb suck rhythmically when they hear it again after birth, because they recognize the rhythm of the poetry.

As a newborn, Harold, like all babies, was connecting with his mother. He gazed at her. He mimicked. His brain was wired by her love (the more a rat pup is licked and groomed by its mother, the more synaptic connections it has). Harold’s mother, in return, read his moods. A conversation developed between them, based on touch, gaze, smell, rhythm, and imitation. When Harold was about eleven months old, his mother realized that she knew him better than she’d ever known anybody, even though they’d never exchanged a word.