What Eugene Taught Me 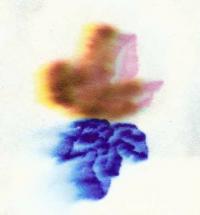 When I first met Eugene, he had been a peer mediator for several years in his South Bronx high school.  Once, when he was asked by his teacher to think about a goal he had for himself in the future, he had said, "To be alive at twenty-one."  He was eighteen years old at the time.  A year after he graduated, I got a telephone call from his principal telling me that Eugene had been in the "wrong place at the wrong time" and had been hit by a random bullet while standing on a street corner in his neighborhood.  He was in Metropolitan Hospital, paralyzed from the waist down.  It took me two days to get up enough courage to visit him.

As I walked into the hospital ward that day, I saw a disheartening sight -- overy thirty young men in wheelchairs, many of them victims of violence that plagued our city.  I spotted Eugene immediately.  I asked him, "How are you doing?"  I will never forget his response.  He said, "I wasn't doing too great until this morning, when I got up and decided to find the place in my heart that could forgive the guy that pulled the trigger."  Almost speechless, I managed to ask, "How were you able to do that?"  He replied, "I realized that I could have been that guy if I didn't know there was a better way."

The compassion and insight that Eugene displayed that day is still the exception, not the norm, but it has inspired me to think further about how to foster such resilience and courage in our young people and how we can make these exceptions in students' and teachers' lives more widespread.

--Linda Lantieri, in Schools With Spirit